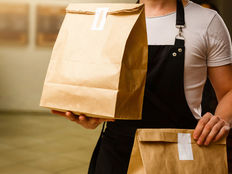 Indian food delivery company Zomato (ZOMT.NS) is considering making some organizational changes whereby each of its individual businesses would have its own CEO while the parent company would be renamed "Eternal.”

According to Reuters, Zomato’s CEO Deepinder Goyal said in an internal company memo that the company was running the Zomato food delivery business as well as other large businesses. These included Zomato’s proposed purchase of Blinkit, a grocery delivery startup; Hyperpure, a kitchen and food ingredients supply business; and Feeding India, a not-for-profit that seeks to reduce hunger in the country.

“We are transitioning from a company where I was the CEO to a place where we will have multiple CEOs running each of our businesses…all acting as peers to each other,” said Goyal in the memo.

Zomato on Monday reported an increase in orders for restaurant meals on its platform.

EMQQ Global launched INQQ capitalize on the country’s rapidly growing digital and e-commerce sectors. In a news release announcing INQQ’s launch, EMQQ Global founder Kevin T. Carter said: “India is an extraordinary investment opportunity and a central part of the eCommerce and digitalization growth story in emerging and frontier markets beyond China,” before adding: “India is the third-largest economy and fastest-growing major economy on the globe, and we’re excited to offer investors the first targeted approach to tap into this rapid eCommerce and digitalization story of India.”

Over the next decade, India will have nearly 700 million people born between 1980 and the 2000s enter their peak consumption years, fueling a massive wave of domestic demand. This demand will not be realized through the legacy consumption channels but the new age online economy, which reaches all corners of society, from the way one banks to the way one orders food.