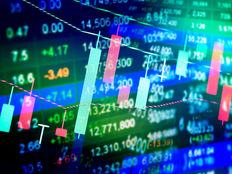 Investing in Emerging Markets With FMQQ

The growth and availability of smartphones has led to a boom in e-commerce globally, particularly in emerging markets, where the devices often serve as a stand-in for computers. Kevin T. Carter, founder and chief investment officer of EMQQ and FMQQ, recently appeared on First Look ETFs to discuss the investment potentials in emerging markets.

Both the Emerging Markets Internet & Ecommerce ETF (EMQQ C+) and the Next Frontier Internet & Ecommerce ETF (FMQQ B) are based on the fundamentals of population and income growth seen in emerging market countries. As income continues to increase for these booming populations, it creates the potential for disposable income that is in turn being spent on food, clothing, entertainment, and other industries linked to leisure.

FMQQ uses the same investment strategy as EMQQ but does not contain China as one of the countries the fund invests in.

“That’s an important difference because China dominates E-commerce globally and it certainly dominates emerging markets: about 80% of all emerging markets internet revenue comes from China,” Carter explains. “It’s real exciting what’s happening [outside of China] as the other five-and-a-half billion people in emerging markets start to consume the way the Chinese have been over the last decade, which is online.”

FMQQ invests in internet companies in any emerging or frontier market country outside of China, which currently results in 60 holdings. Securities must meet a minimum of a $300 million market cap and also pass a liquidity screen that requires $1 million average daily turnover. These markets exhibit a very robust IPO pipeline and have doubled the number of companies that meet FMQQ’s screening qualifications in the last year.

Companies included in FMQQ are Mercado Libre (MLEI), an e-commerce and fintech leader in much of South America, and Sea Ltd (SE), an e-commerce, gaming, and fintech company popular worldwide. The growth potential for fintech is extremely strong in the countries covered by the fund, Carter believes.

“It’s the same types of business models we have here but they’re just the localized versions,” Carter says, and goes on to describe that many companies will have high-profile IPOs in the coming quarters, which FMQQ is poised to capture shortly after their listing. New Bank, one of the largest online banks worldwide, is one example of an IPO to look for this year, being positioned to come to market with a $50 billion market cap and growth of 50%.

The fund will appeal to investors who are looking for growth over a long-term horizon of at least five years, particularly younger investors with longer time horizons for retirement investing. It’s a story that Carter believes is going to be playing out over the course of the next 20 years and will provide phenomenal growth opportunity.

“The growth rate for the sector is unprecedented. The revenue growth for the FMQQ companies right now is over 40% a year and it’s going to be in the 30’s for a long time,” Carter says.