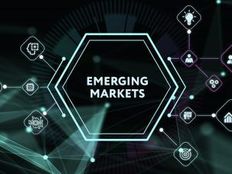 Many Emerging Markets Have Long-Term Potential

While emerging markets are currently facing heavy headwinds, there are many countries in emerging and developing markets that have great potential for long-term investors. Active private investor David Stevenson suggests in the Financial Times that a “rifle shot approach to picking out countries and markets with high potential but perhaps low valuations is…  a more sensible approach” for investors stepping back into emerging markets.

Stevenson cites countries like India, Vietnam, and Turkey as such markets worth a closer look. Latin America is also interesting for bullish investors with a long-term horizon.

Citing a statistic from Charlie Robertson, chief economist at emerging markets-focused investment bank Renaissance Capital and author of “The Time-Travelling Economist,” roughly 355 million South Asians will enter the 15-19 age group in the 2020s. Economic theory suggests that countries seeing a demographic surge in the younger generation tend to be long-term economic winners.

Robertson also notes that buying high-growth countries with high multiples may not be a great short-term investment but will most likely pay off over 10 years. According to the economist: “If you can identify the countries that might grow at 7% a year, doubling the economy in a decade, quadrupling it over a generation and growing eight times over 30 years, then investors should do much better than those investing in countries growing at just 2% a year.”