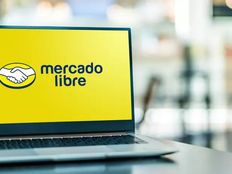 MercadoLibre (NASDAQ: MELI) managed to buck the trend of weak earnings with a strong set of numbers. The Argentina-based e-commerce business achieved a new record of over $2.2 billion in total revenues over the quarter ended March 31, up 63%, with improvements in monetization in both commerce and fintech.

The company also expanded 44% on an FX-neutral basis, which compares favorably with Amazon’s e-commerce growth last quarter (a decline of -3%).

EMQQ Global founder and CIO Kevin T. Carter says that these quarterly figures are a good sign not just for MercadoLibre but for the e-commerce sector in Latin America.

“MercadoLibre is in a much earlier stage of development than most American e-commerce operators. The penetration rate in Latin America is substantially lower, so the region is not seeing the same fatigue as we are temporarily experiencing here in the U.S.,” he says. “It served 40 million unique buyers in Q1, versus a population of 600 million in the region. Clearly, the runway is still strong.”

Revenues for the fintech segment climbed another 81% this quarter as the transactions on the company’s “Mercadopago” platform exceeded $25 billion for the first.

“Mercado’s fintech arm has become the real gem of the business. Payments, small consumer loans, insurance, crypto, it does it all,” Carter adds. “It’s built quite an expansive and sticky ecosystem.”

For the quarter ended March 31, the company saw a significant year-over-year bump in gross profit margins, reaching 47.7%, up from 42.9% from the same time last year. Net income, meanwhile, reached a quarterly record of $65 million, a net margin equating to 2.9%.

“We’re seeing both impressive growth and monetization at the same time. On its most recent earnings call, management emphasized it has now reached the size necessary to both invest for the future while maintaining steady profit growth and generation,” Carter says. “It really shows the importance of building scale.”

MercadoLibre is the second largest constituent in the Next Frontier Internet & Ecommerce ETF (FMQQ B), representing roughly 7.3% of the fund’s portfolio as of April 30. The fund skews investors to more under-penetrated e-commerce and internet markets in emerging markets.

Carter noted that on a recent trip to Argentina and Brazil, EMQQ Global noticed that MercadoLibre’s payments app “was ubiquitous,” adding: “Our visit to the region helped reaffirm our confidence in the long-term EM tech story, even as we navigate volatile markets in the short term."

FMQQ, which debuted last September and tracks the FMQQ Index, features exposure to 17 countries, not including China. The fund is designed to provide investors with exposure to the internet and e-commerce sectors of the developing world and holds over 60 companies operating in emerging and frontier markets.