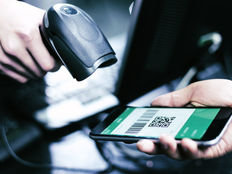 The concept of QR codes that was trailblazed in China is gaining popularity in Southeast Asia. Central banks in the region are looking to link their payment systems that will allow customers to buy goods and services by scanning QR codes within the year.

Bloomberg reported that five of the region’s biggest economies are set to sign a deal to integrate their networks by November, said Bank Indonesia Governor Perry Warjiyo in a panel on the sidelines of the Group of 20 finance ministers and central bank governors meeting in Bali.

At the same panel in Bali, Monetary Authority of Singapore managing director Ravi Menon said this trend “can be a deeply impactful move that we can build to the rest of the world,” before adding: “It’s a public good infrastructure which improves financial inclusion, enhances efficiency and creates new business opportunities for all citizens.”

Payments made through the system will use local currency settlements between the countries. In other words, transactions conducted in Thailand using an Indonesian app would be directly exchanged between rupiah and baht, so the U.S. dollar would not be needed as intermediary. The central banks also plan to link this network with other regional clusters around the world and bring the same structure to real-time bank transfers and eventually even central bank digital currencies.

Several companies, including Sea Limited and Goto Group in Indonesia, that are in EMQQ Global’s Next Frontier Internet & Ecommerce ETF (FMQQ B), will benefit from this trend. FMQQ, which debuted last September, seeks to provide investment results that, before fees and expenses, generally correspond to the price and yield performance of the Next Frontier Internet and Ecommerce Index (FMQQetf.com).

The fund is designed to provide investors with exposure to the internet and e-commerce sectors of the developing world and holds over 60 companies operating in emerging and frontier markets. FMQQ features exposure to 17 countries, not including China. Securities must meet a minimum of a $300 million market cap and pass a liquidity screen that requires a $1 million average daily turnover.