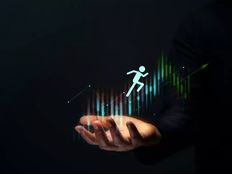 Emerging markets internet stocks, like their U.S. counterparts, usually aren’t known for dividends, but there are examples of some companies delivering cash to shareholders.

While the practice isn’t yet widespread, it could be beneficial, even in incremental terms, to exchange traded funds such as the Emerging Markets Internet & Ecommerce ETF (EMQQ C+).

One example is Chinese online retail giant JD.com (NASDAQ:JD). That company is considering a special dividend that could be paid next month. Unexpected dividends are always a treat for investors, but in the case of JD.com, it’s potentially impactful because EMQQ’s sixth-largest holding is heavily shorted, meaning that short sellers are on the hook for the dividend. Plus, JD.com has $2.2 billion remaining on a $3 billion share buyback plan that was announced last December.

“Since buybacks are usually subject to trading window restrictions and may not see immediate effect, we believe the decision for a special cash dividend likely suggests JD’s management and board are evaluating different ways to return value to shareholders, especially given the current uncertain macro environment,” says Citigroup analyst Alicia Yap.

Alibaba is EMQQ’s third-largest holding at a weight of 8.54%. Shares of Alibaba are off nearly 63% over the past year, indicating that the company is doing something other firms rarely do: repurchase their own shares at a discount.

“The company has been under pressure since late 2020 when its billionaire founder, Jack Ma, publicly criticised China’s regulatory system,” reports Reuters. “Authorities subsequently halted the planned blockbuster IPO of its financial arm Ant Group and slapped Alibaba with a record $2.8 billion fine for anti-competitive behaviour, triggering a long slide in its shares.”

At the end of last year, Alibaba had more than $70 billion in cash on hand, and its cash balance has jumped more than tenfold since 2013, indicating that it has ample resources with which to dramatically reduce its shares outstanding count.