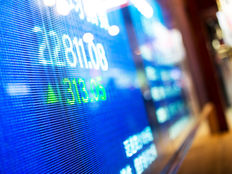 The Case for Emerging Markets in 2022

Investors are understandably chastened by the recent spell of under-performance by emerging markets equities, but at a time when some market participants are fearing the worst, opportunity may be afoot.

Among emerging markets exchange traded funds meriting consideration in the current climate, the Emerging Markets Internet Ecommerce ETF (EMQQ B-) is a potential standout. China, by far EMQQ’s largest geographic exposure, plagued the fund and other emerging markets ETFs last year, but as investors readjust economic growth expectations for the world’s second-largest economy, China has the potential to be a pleasant emerging markets surprise.

“China’s economy—the world’s second-largest—rebounded from the pandemic quickly, posting 8.1% real gross domestic product growth in 2021, according to FactSet. Now, economists are looking for a deceleration to 5.3% growth in 2022 and 5% in 2023—below China’s prepandemic trend of 6% GDP growth,” reports Jacob Sonenshine for Barron’s. “That economic picture could change, however, as China’s central bank takes measure to spur economic growth. This past week, for instance, the People’s Bank of China cut its one-year prime loan rate to 3.7% from 3.8%, while the five-year rate fell to 4.6% from 4.65%.”

China lowering interest rates is an obvious sign that the central bank there wants to support economic growth, and it could be a signal that Beijing wants to drive more domestic consumption, which would be supportive of the online retailers and platform operators residing in EMQQ.

Following last year’s regulatory calamity that weighed on Chinese stocks, including some EMQQ holdings, some market observers are more optimistic about what’s in store this year.

“Earlier this week, HSBC strategists said investors could “hide out” in China other emerging markets as many of these economies have already seen monetary policy tightening, whereas it is just starting to get under way in the U.S. and other developed countries,” according to Barron’s.

Not surprisingly, some analysts are reiterating the view that emerging markets equities are inexpensive. That’s a frequent call when the asset is coming off a rough year, as was the case in 2021. However, many consumer internet and fintech names, among others, in EMQQ often trade at discounted multiples relative to equivalent U.S. companies.

“The aggregate multiple on next year’s earnings-per-share projection for the (MSCI Emerging Markets Index) is 12.3 times. Yet its average earnings growth for the next two years is expected to be roughly the same as the S&P 500’s, which trades at 20 times earnings—making the ETF’s valuation look cheap,” notes Barron’s.