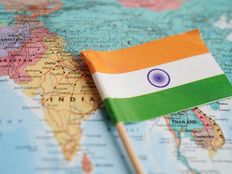 The Rebirth of India’s IPO Market

India is seeing a surge in startups planning to go public. Citing data from Prime Database, Nikkei Asia reports that during the first eight months of this year, 20 companies have so far raised about 433 billion rupees ($5.27 billion) through IPOs in India. By comparison, 63 companies raised 1.18 trillion rupees over the whole of 2021.

Plus, some companies are resuscitating plans for IPOs after Russia’s invasion of Ukraine put their plans to go public on hold. The SoftBank-backed hotel startup Oyo and the GIC-supported travel firm Ixigo both filed revised offer documents with Indian regulators earlier this month. In addition, Nikkei Asia is reporting that large Indian startups, such as food delivery firm Swiggy, personal care startup Mamaearth, furniture retailer Pepperfry, and baby product retailer FirstCry, have begun preparing for IPOs.

This comes at a time when the country’s stock markets have outperformed several of their overseas peers. India’s Sensex benchmark stock index has gone up 8% since July. Meanwhile, Japan’s Nikkei 225 has risen 2.45% during the same period, the Hang Seng Index in Hong Kong dropped 18%, and the Shanghai Composite Index fell 8.6%.

Investors interested in the world’s fifth-biggest economy want to consider EMQQ Global’s India Internet and Ecommerce ETF (INQQ ). Launched to capitalize on India’s rapidly growing digital and e-commerce sectors, INQQ to provide investment results that, before fees and expenses, generally correspond to the price and yield performance of the India Internet and Ecommerce Index.

In a news release announcing INQQ’s launch, EMQQ Global founder and CIO Kevin T. Carter said: “India is an extraordinary investment opportunity and a central part of the ecommerce and digitalization growth story in emerging and frontier markets beyond China,” before adding that “India is the third-largest economy and fastest-growing major economy on the globe, and we’re excited to offer investors the first targeted approach to tap into this rapid ecommerce and digitalization story of India.”