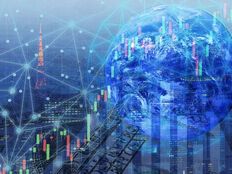 This EM ETF Has Good Ingredients

Chinese internet stocks and the related exchange traded funds rallied in breathtaking fashion on Wednesday, but that doesn’t mean that over a year of regulatory concerns was erased, and it certainly has no bearing on controversial Russian stocks.

In other words, risk-tolerant investors looking to wade back into emerging markets can still encounter considerable risk through China, Russia, or both. One way to avoid that is with the Next Frontier Internet & Ecommerce ETF (FMQQ B).

“Investors in emerging-markets stock funds are getting hit with a one-two punch. Just weeks after the Russian invasion of Ukraine led to the collapse of that country’s stock market, Chinese equities resumed their own slide, leaving many emerging-markets funds down 20% in just the past month,” write Morningstar analysts Katherine Lynch and Lauren Solberg. “Prior to a big rally on Wednesday, the recent steep declines in many Chinese stocks came on top of losses in that market going back to last Summer.”

Translation: no China, and reduced exposure to Russia. These days, those are positives, particularly when it comes to a recently trimmed allocation to Russian stocks.

Prior to the aforementioned Wednesday rally, Chinese stocks tumbled “amid a growing dispute between Chinese and U.S. regulators that threatens some of the country’s best-known companies with delisting from U.S. exchanges. Compounding matters, the omicron coronavirus variant is now hitting Hong Kong and China hard, leading to lockdowns in some of China’s biggest industrial cities,” add the Morningstar analysts.

Further highlighting the allure of FMQQ’s zero-China status is that the world’s second-largest economy is a disappointment in terms of equity market performance, particularly when measured against what’s been mostly spectacular economic growth this century.

“While China’s economy has grown substantially in recent decades, as a stock investment, any gains have evaporated recently. Over the past decade, the Hang Seng Index is down 16% and the S&P/BNY ADR Index is down 15%. More broadly, the Morningstar Emerging Markets Index has fared better, returning 42% for the past 10 years,” conclude the Morningstar analysts.