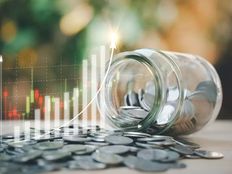 The energy infrastructure space has seen several positive developments in recent years, including improvements to balance sheets, the shift to significant free cash flow generation, and progress with ESG metrics. One of the most poignant changes for midstream investors may be the proliferation of buyback programs, particularly given a history of frequently tapping equity markets to fund growth projects. The evolution of midstream/MLPs from frequent equity issuances to self-funding equity to now buying back equity marks a notable transformation. Today’s note recaps energy infrastructure buyback activity in 1Q22 and discusses why the data should be encouraging to investors, despite a lower overall spend on buybacks.

Several companies across the energy infrastructure landscape were active with their repurchase programs in 1Q22, albeit at mostly modest amounts. Leading the way, MPLX (MPLX) spent $100 million on repurchases in the quarter. Targa Resources (TRGP) and Magellan Midstream Partners (MMP) both spent $50 million on buybacks, while Cheniere (LNG), EnLink (ENLC), and Plains All American (PAA) repurchased approximately $25 million of their equity. Turning to Canadian corporations, Enbridge (ENB CN) spent CAD $50 million on buybacks in 1Q22 under its relatively new authorization. Pembina (PPL CN) repurchased CAD $28 million in equity in 1Q22, while Gibson Energy (GEI CN) completed CAD $19 million in buybacks during the quarter.

What is the takeaway from 1Q22 buyback activity for midstream investors?

With strong performance to start 2022, we flagged the potential for buybacks to moderate, particularly for those that emphasize an opportunistic approach and that have seen significant equity price appreciation. Arguably, most investors would likely prefer companies spend more on buybacks when their equity prices are lower and spend less when equity prices are rising. Quarterly buyback spend is likely to fluctuate as management teams consider equity valuations, capital needs, and returning cash to shareholders through dividends. With midstream names expected to generate significant free cash flow even after dividends, buybacks are likely to remain an attractive option for deploying excess cash flow and can complement growing dividends (read more).

1Q22 Midstream Dividends and the Outlook for Variable Payouts