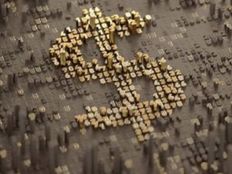 A key theme for midstream in 2022 has been the more meaningful return to dividend growth afforded by significant free cash flow generation. For 1Q22 payouts, the positive momentum continued, as evidenced by more companies growing dividends, a handful of names announcing double-digit percentage increases, and importantly, no cuts. A few midstream names have added a variable component to their distributions or deployed a special dividend in recent quarters. Today’s note recaps 1Q22 midstream dividend announcements and discusses the potential for more midstream players to adopt a variable dividend framework.

The pie charts below show the quarter-over-quarter changes to dividends for the Alerian Midstream Energy Index (AMNA), Alerian MLP Index (AMZ), and Alerian MLP Infrastructure Index (AMZI) by comparing 1Q22 with 4Q21. To be clear, 1Q22 dividends refer to the dividends paid in 2Q22 as a result of operational performance in 1Q22. For context, many companies that typically raise their payouts once a year do so with the 4Q or 1Q payout, which enhances the sequential growth shown below.

The year-over-year comparison can be more informative than the sequential trends given a proclivity for some companies to raise their payout once per year. On a year-over-year basis, companies that have grown their payouts represent over 80% of the AMZ, AMZI, and AMNA by weighting. Admittedly, names with a track record for dividend growth tend to be larger names that have a greater index weighting. Even on an absolute basis, though, the growers in AMNA (22 names) are more than double those that have maintained (10 names), evidencing a clear bias to growth. The lone year-over-year cut is from Shell Midstream Partners (SHLX), which announced a distribution cut in July 2021.

Midstream and energy companies broadly have prioritized free cash flow and returns to shareholders through dividends and buybacks. Several oil and gas producers, including Devon Energy (DVN), Pioneer Natural Resources (PXD), and Diamondback Energy (FANG), have deployed variable or special dividends to enhance cash returns to investors. A few midstream companies have followed suit. In February, Western Midstream (WES) announced a framework for paying an enhanced distribution along with its regular first quarter payout starting with 1Q23 contingent on achieving specific leverage goals. The enhanced distribution will be based on free cash flow generated in the preceding year less debt repayments, base distributions, and buybacks. Similarly, Cheniere Energy Partners (CQP) has incorporated a variable component into its quarterly distribution based on the remaining cash available per unit, which will take into consideration debt repayments and capital allocation goals in addition to other items. MLPX (MPLX) paid a special distribution in November 2021, and management noted on the earnings call this month that a supplemental distribution remains in their toolbox for returning capital to unitholders.

More midstream companies could look to deploy variable dividends, but special payouts are likely to be less popular for midstream names compared to their upstream counterparts. For one, midstream businesses typically have limited commodity price exposure, which means less upside for cash flows in strong pricing environments like today and less downside in more challenging periods. Relative to oil and gas producers, midstream can pay attractive dividends consistently from stable cash flows, which should be rewarded with higher equity prices. A key attraction of variable or special dividends is the inherent flexibility, but there is debate around whether special payouts are appropriately rewarded in equity prices. Some companies may favor buybacks over special dividends, because there is a more direct impact on the equity price, but buybacks may be less attractive if a company has a limited float (i.e. shares available to be traded by public investors). For upstream, special dividends can help restore investor confidence, which was damaged by years of outspending cash flows and a lack of capital discipline. Within midstream, adoption of variable payouts may be less common, but businesses with more commodity price exposure would arguably be better suited for special payouts, namely gathering & processing.

Inflation Worries? Not for Midstream/MLPs