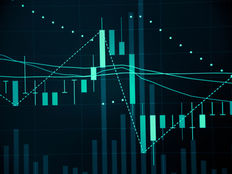 The third quarter saw a big uptick in the amount of buybacks by midstream and MLP companies, more than doubling the previous quarter, with an increase in distributions as well, reports Alerian. Between the appeal of midstream investment income and the increase in buybacks that in turn increase returns for shareholders, the midstream space has a lot to offer investors looking for enhanced returns.

Midstream companies bought back more than $804 million in equity in the third quarter, up from $302 million in the previous quarter, due in large part to strong free cash flow generation. The buybacks were often in tandem with either increases in distributions or improvements in leverage by the companies; additionally, companies that had previously halted buybacks were able to resume them in the third quarter.

MPLX LP both repurchased units for $155 million and increased distributions by 2.5%, along with a special dividend of $0.575 per common unit. Magellan Midstream Partners increased quarterly distributions by 1% while also maxing out its initial buyback authorization of $750 million and then announcing a second one in October for another $750 million.

Other companies, including Enterprise Products Partners, focused solely on buybacks; EPP bought back $75 million in units in the third quarter. Some companies participated in buybacks as well as debt reduction, like Western Midstream Partners, which increased buybacks while also paying down $500 million in debt.

Cash flow is expected to continue into next year, and midstream companies that this year had focused on reducing debt have indicated on recent calls that they were going to be pivoting to focus more on shareholder returns in 2022. Targa Resources said that with deleveraging continuing along on target for the end of the year, it would possibly be looking to increase quarterly dividends by 250% to $0.35 a share in the fourth quarter.

Gaining Exposure to the Energy Infrastructure With AMLP

The Alerian MLP ETF (AMLP A-) offers exposure to major midstream companies that are experiencing robust cash flow and increasing payouts to shareholders. The fund seeks to track the Alerian MLP Infrastructure Index, a rules-based index that is float-adjusted and modified cap-weighted.

The index comprises energy infrastructure MLPs that derive most of their cash flow from the storage, transportation, and processing of energy commodities. AMLP invests at least 90% of its assets into the securities within the underlying index and is classified as a C-Corp for tax purposes, utilizing a 1099 for tax reporting.

Recent tax legislation means that individuals and some non-corporate investors qualify for a 20% deduction against the taxable income from direct investment into MLPs.

AMLP carries an expense ratio of 0.90% and has total net assets of $5.1 billion.