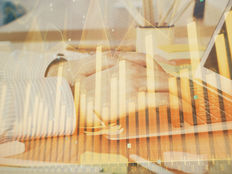 The firm ​​announced today that its subsidiary, Cheniere Corpus Christi Liquefaction Stage III, LLC, has amended the long-term Integrated Production Marketing gas supply agreement signed in 2019 with upstream producer EOG Resources, extending the term and tripling the volume of LNG associated with the natural gas supply, according to a statement from the firm.

Under the amended IPM transaction, EOG has agreed to sell 420,000 MMBtu of natural gas per day to CCL Stage III for a period of 15 years, with one third of the supply targeted to commence upon the completion of each of trains 1, 4, and 5 of the Corpus Christi Stage III project, according to the firm.

The 2.55 mtpa of LNG associated with this gas supply will be owned and marketed by Cheniere, and EOG will receive a price based on the Platts Japan Korea Marker for this gas, according to the firm.

The previously executed gas supply agreement, under which EOG will sell 300,000 MMBtu per day to CCL Stage III at a price indexed to Henry Hub, has also been extended to 15 years. As a result, EOG will supply a total of 720,000 MMBtu of natural gas per day to CCL Stage III under the amended agreements for a 15-year period expected to commence upon start-up of the Corpus Christi Stage III project, Cheniere said.

EOG will continue to sell 140,000 MMBtu of natural gas per day to Corpus Christi Liquefaction, LLC, which commenced in 2020. The LNG associated with this gas supply, or approximately 0.85 mtpa, is owned and marketed by Cheniere, and EOG receives a price based on JKM for this gas, Cheniere said.

The CCL Stage III project is being developed to include seven midscale liquefaction trains with a total expected nominal production capacity of over 10 mtpa, Chieniere said.

The full-service LNG provider Cheniere is a top 10 holding in the Alerian Energy Infrastructure ETF (ENFR ), which provides exposure to North American midstream energy infrastructure companies, including corporations and MLPs, engaged in pipeline transportation, storage, and processing of energy commodities, according to ALPS.