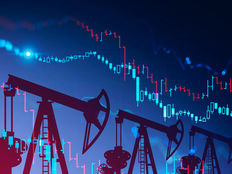 Energy exchange traded funds climbed Monday, recouping some of their recent losses, after the Organization of Petroleum Exporting Countries and its allies, or OPEC+, planed to readjust its oil production if countries began to release crude oil reserves or if the resurgence in Covid-19 cases weighs on demand.

President Joe Biden is expected to announce the release of crude oil from the United States’ Strategic Petroleum Reserve along with several other countries as soon as Tuesday, according to Bloomberg.

Japan and India are working to release national crude oil reserves alongside the United States and other major economies to push the elevated prices in the energy market, seven government sources with knowledge of the matter told Reuters.

The plans to release strategic reserves come after the U.S. government could not convince OPEC+ to increase their oil output.

Crude oil prices strengthened after Bloomberg News reported that OPEC+ could amend its plans to keep boosting production – the cartel and its allies previously planned to raise oil output by 400,000 barrels per day from December.

“OPEC is sending a signal that if these players do this, they have some barrels they can withhold and will offset the impact of a release,” Phil Flynn, senior analyst at Price Futures, told Reuters.

“I see them sticking to their current plan in light of the supply surplus for next year, which is typical for oil markets in the first quarter,” McMonigle said. “If they are going to make a change, it will be because of unforeseen external factors, such as these lockdowns in Europe, any kind of strategic release, and shifts in jet fuel demand.”