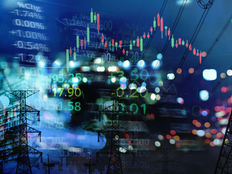 Energy-related exchange traded funds climbed on Monday on expectations of improving demand and a slower production increase out of the Organization of Petroleum Exporting Countries.

Oil prices are expected to remain at elevated levels of $80 toward the end of the year as tight supplies and higher gas bills fuel a switch to crude for power generation, Reuters reports.

“We feel that their position will be one where the status quo will be maintained while a ‘wink and a nod’ will be provided in accepting violation of quotas should Brent values gravitate back up into new 7-year high territory,” Jim Ritterbusch, president of Ritterbusch and Associates LLC, told Reuters.

Meanwhile, OPEC and its allies, or OPEC+, is sticking to its planned output increases, but supplies have only risen 140,000 barrels per day last month due to difficulties in Angola and Nigeria, Bloomberg reports. OPEC+ was projected to hit a 400,000 barrel per day production increase at its upcoming November 4 meeting.

The elevated oil prices have caused global leaders like President Joe Biden to urge OPEC and its allies to alleviate the surging fuel prices by raising output.

The combination of a rebound in fuel consumption with a growing global economy and ongoing supply issues have contributed to a global energy crunch that has forced energy prices up across the board and added to inflation fears.