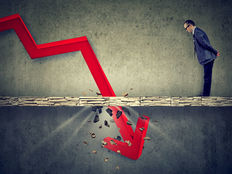 Enron’s Legacy: The Value of Governance

Today marks the 20-year anniversary of energy giant Enron going bust in what was then the largest bankruptcy to date. The legacy it left for the importance of transparency and solid governance practices has carried through until today, particularly within the energy industry, and is a reminder of just how far the mighty can fall if the foundation is weak.

Enron got its start as an electricity and natural gas pipeline but rapidly grew, pushing forward into innovative areas, utilizing mergers and diversification to become the energy and data behemoth it was at its collapse, reported Barron’s. Through a series of transactions that were both hopelessly complex and extremely unusual, members of the financial management team were able to hold financial interests in a way that transferred liabilities off the financial statements of the company.

Executives began quietly selling off their stock in August, purportedly due to insider information, but it took until March of the following year for media outlets to begin finding discrepancies and publicly questioning the stability of Enron’s stock prices. Stock prices collapsed, the CEO quit, and a credit downgrade and failed bailout merger in the successive months all culminated in the company declaring bankruptcy on December 2, 2001.

This collapse sent massive shockwaves through the markets and affected a broad range of those even remotely connected to either Enron or its stocks, from auditors to analysts, and caused massive distrust in the transparency and reliability of American stocks where little had existed before.

The legacy that Enron left behind with the creation of the Sarbanes-Oxley Act (which holds top executives personally responsible for their companies) and the practice of transparency in financial records led to an environment in which company board members are generally meticulous and very aware of their governance practices. This focus has only increased as more investors than ever are focused on corporate practices.

In an arena of increasing public pressure on companies regarding their environmental, social, and governance practices, those that don’t adhere to positive practices across a broad range of topics are increasingly paying the price in profits. From pushback within board rooms to pressure from investors, companies are being held accountable for their corporate practices, a lesson that the energy sector learned long ago and has not forgotten.