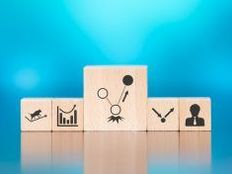 After weakness struck energy markets beginning mid-June, the sector bounced back in July with midstream ETFs capturing some of the greatest inflows YTD.

The Alerian MLP ETF (AMLP A-) and the Alerian Energy Infrastructure ETF (ENFR ) saw $94 million and $4 million in net inflows during July. While ENFR, which has $107 million in assets under management, has been gaining flows at a steady pace, gathering $8 million in June, this was a sharp reversal for AMLP from the month prior, in which the $1.2 billion fund saw $157 million in net outflows, according to VettaFi.

Energy stocks and oil prices were at relative highs on June 8, but the landscape shifted soon after. The space began its sell-off in June as increased recession fears weighed on energy sentiment, while profit-taking into quarter-end and a pullback in commodity prices also contributed to the sell-off. By mid-July, increased pressure on oil prices and natural gas prices entered the scene. Oil prices were down more than 20%, and energy stocks broadly fell about 25% heading into second quarter earnings reports, according to Stacey Morris, head of energy research at VettaFi.

However, the funds closed the month on a strong note, with the indexes that AMLP and ENFR track gaining 12.59% and 10.86%, respectively, on a total return basis in July, outperforming the S&P 500’s 9.22% increase during the same period, according to VettaFi.

MLPs rallied as strong earnings results and announcements of steady or growing distributions helped shift the performance momentum for midstream after a weak start to the month.

The strong outlook for Permian production growth also drives opportunities for energy infrastructure companies with exposure to the basin. With ample takeaway capacity for oil, opportunities center on new pipeline capacity to move natural gas from the Permian to end markets, Mauricio Samaniego, senior research analyst at VettaFi, wrote in a recent insight.