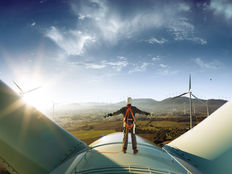 The U.S. Department of Energy announced today in a press release that it has created the Office of Clean Energy Demonstrations, which will work to move state-of-the-art energy solutions from labs and into the real world. It’s part of the increase in spending that is happening nationwide as green energy solutions are beginning to be conceptualized in an effort to modernize the energy grid and help prevent or shorten power outages.

The new office will be responsible for demonstrating real-world solutions for the energy transition that will rely on clean hydrogen, grid-scale energy storage, carbon capture, small modular reactors, and other options. By initiating a variety of projects nationwide, the DoE anticipates that upon their completion, a huge increase in investment from the private sector will be seen as companies work to employ the new technologies in the pursuit of reducing emissions.

“Thanks to the investments Congress made in the Bipartisan Infrastructure Law, the Office of Clean Energy Demonstrations will move clean energy technologies out of the lab and into local and regional economies across the country, proving the value of technologies that can deliver for communities, businesses, and markets,” said Secretary of Energy Jennifer M. Granholm in the press release.

Outside of the DoE’s transitional projects, the focus is on providing solutions to prevent power outages, or to drastically reduce their length when applicable. This means an upgrading to the electric grid and existing energy infrastructure model. New “distributed energy resources” will use localized microgrids in tandem with battery storage and onsite power generation to help stabilize and offer electrical support for the main power grid during inclement weather or peak demand times, reports Forbes.

As the country works to make the shift to clean energy, it is expected to put increasing load demands on power grids and energy generation, both from renewable sources as well as fossil fuels for the immediate future. The transition to clean energy does not necessarily mean an elimination of all fossil fuels but instead means that carbon emissions will always need to be either captured or offset.

Energy infrastructure is getting a big boost as the infrastructure bill spending begins to trickle out, and it will continue to be a target of many projects and much spending going forward as the country navigates the transition to clean energy.