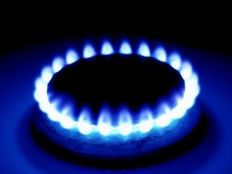 The Haynesville Shale in east Texas and northern Louisiana may be a lesser known US shale basin, but nonetheless is the third-largest natural gas shale play by production with an important role supplying liquefied natural gas (LNG) export facilities. Growing production, increased well productivity and drilling efficiencies, and proximity to LNG export projects on the Gulf Coast are supporting growth opportunities for midstream and contribute to a positive long-term outlook for this basin. Today’s note, a follow up to last week’s LNG update, provides an overview of the Haynesville and highlights the related growth opportunities for midstream.

Natural gas producers have been active in the Haynesville for years, but the play really came to prominence in the early days of the shale boom. Chesapeake Energy (CHK) started drilling exploration wells in the basin in 2006, ultimately releasing their results in March 2008 and sparking a frenzy of activity in the play. However, as is often the case, that boom gave way to bust as low natural gas prices and more expensive drilling costs pushed producers to shift their focus elsewhere, including towards more oily basins. As shown in the chart below, production declined from mid-2012 through 2016 but has more than doubled since 2017. The Energy Information Administration  estimates that Haynesville production exceeded 16 billion cubic feet per day (Bcf/d) for the first time in November 2022.

What factors have led to this resurgence? LNG exports from the US began in 2016 with the startup of Cheniere’s (LNG/CQP) Sabine Pass facility in Louisiana. Steady growth in US LNG exports have provided a new outlet for domestic gas production and arguably helped support Haynesville production growth given its proximity to the Gulf Coast, where the bulk of US LNG export capacity is located (see map further below). Additionally, producers have benefitted from improved well productivity and other efficiency gains that have helped drive down costs. For example, as shown in the chart below from Chesapeake Energy’s (CHK) 3Q22 earnings call presentation, it typically takes CHK less than 40 days to drill and complete a Haynesville well now compared to almost 54 days in 2018, which has helped lower well costs by approximately $2.4 million per well. The strength in natural gas prices in 2022 has certainly helped accelerate growth, with estimated December 2022 production up 1.6 Bcf/d or 11.1% relative to the same month in 2021.

The outlook for the Haynesville remains bright.

Several midstream companies have gathering pipelines, processing facilities, and larger pipelines servicing the Haynesville. Pipeline expansions are generally geared towards satisfying growing LNG export demand, but pipelines from the Haynesville also connect into major pipeline systems that extend from the Gulf Coast to New York or from the Gulf Coast into the Chicago market for example. The map below from SWN’s October presentation shows some planned capacity additions along with a number of LNG projects that are operational or under development.

Energy Transfer (ET) has several gathering systems, as well as three large-diameter pipelines in the Haynesville – Tiger, RIGs, and the new 1.65 Bcf/d Gulf Run pipeline, which has a 20-year commitment for 1.1 Bcf/d from Golden Pass LNG. ET is already evaluating potential expansions for Gulf Run, which is expected to be completed by year-end 2022. DT Midstream (DTM) is expanding its LEAP system in the Haynesville, which will bring capacity from 1.0 to 1.9 Bcf/d in phases during 2024. Enbridge (ENB CN) is looking at options for expanding its Texas Eastern pipeline system given growing Haynesville supplies, and Enterprise Products Partners (EPD) already expanded and extended its Acadian Natural Gas Pipeline System in Louisiana, which came into service in late 2021. Kinder Morgan’s (KMI) Kinderhawk subsidiary provides gathering and processing services in the Haynesville with more than 2 Bcf/d of capacity and almost 20 interconnections to major pipeline systems.

Williams (WMB) expanded its Haynesville gathering and processing footprint with an acquisition earlier this year and expects to add ~1.5 Bcf/d of gathering capacity from 4Q22 to 4Q23 to bring its total Haynesville gathering capacity to 5.5 Bcf/d. WMB is also developing the Louisiana Energy Gateway (LEG) project, which will gather 1.8 Bcf/d of natural gas from the Haynesville to LNG facilities and other end markets upon expected completion in late 2024. To that end, WMB also recently announced a heads of agreement with Sempra (SRE) to connect Haynesville supply with SRE’s LNG export facilities – Cameron and Port Arthur. WMB is also unique in that it has an upstream joint venture in the Haynesville with GeoSouthern, with net natural gas production to WMB expected to be ~200 million cubic feet per day in 4Q22.

The Haynesville may not have the name recognition (or the oil) of the Permian, but it is extremely well positioned to supply growing LNG export capacity on the Gulf Coast, creating opportunities for midstream service providers as volumes grow.

US LNG Projects a Mixed Bag Despite Strong Backdrop