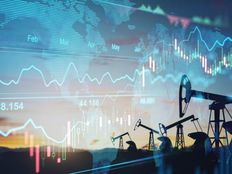 The second quarter of 2022 saw a noticeable uptick in equity repurchases by US and Canadian energy infrastructure companies. Midstream names in aggregate bought back $1.4 billion in equity during the quarter with C-Corps taking a more active role than in recent quarters. Many companies made significant repurchases in July as well. Today’s note recaps repurchase activity for 2Q22 and 1H22 by company and explains how buybacks can remain a tailwind for the energy infrastructure space, particularly in periods of market volatility.

Energy infrastructure companies spent a combined $1.4 billion (1) on equity repurchases in 2Q22 – almost four times as much as the $370 million collectively spent on buybacks in 1Q22. A dozen names repurchased equity during the quarter, including three C-Corps and one MLP that each spent $100+ million. The chart below shows 1H22 repurchase activity by company. Cheniere Energy (LNG) accounted for more than a third of the total 2Q22 repurchase amount, having bought back million in stock. This included a $350 million repurchase from Icahn Enterprises announced June. Also notable, Kinder Morgan (KMI) repurchased over $170 million in equity during the quarter after negligible repurchases in 1Q22 and no buybacks in 2021. KMI spent an additional $102 million on repurchases from the end of June through July 21 (not reflected in chart).

Repurchases remain a tailwind for the space.

In periods of market volatility, energy infrastructure companies are well positioned to deploy buybacks to help support their equity prices and earn a compelling return for investors. The AMNA Index fell 18.9% from June 7 to July 6 as recession fears weighed on energy and oil prices, but little changed fundamentally for midstream companies over that time as the operating environment remained strong (read more). Clearly, many midstream companies saw this as an opportunity to repurchase equity. In addition to KMI’s July activity noted above, Western Midstream (WES) repurchased million in units in July, including buying 10 million units from Occidental (OXY), and Targa Resources (TRGP) repurchased million in shares last month. As of August 18, AMNA was just 5.4% off its June 7 relative high as dividend announcements, constructive 2Q22 earnings results, improvements in the broader equity market, and strong natural gas prices have helped buoy midstream stocks even as oil prices have been weak (read more). While the repurchase opportunity may be less compelling as equities have recovered, companies will likely continue to be active with buybacks.

Over the last five quarters, energy infrastructure companies have spent a combined $3.5 billion on equity repurchases and can build on this momentum. Buyback activity will fluctuate based on market conditions and competing capital needs, but repurchase authorizations remain an important tool for returning capital to shareholders, which should not change even with the 1% excise tax on buybacks in the Inflation Reduction Act. The excise tax does not appear to apply to MLPs and should not be a deterrent for corporations. Complementing generous dividends, buybacks are another way for companies to return capital to investors and may see greater utilization when market volatility creates enhanced opportunity.