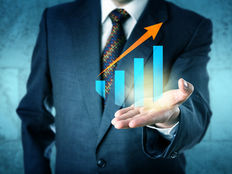 Midstream MLPs are increasing distributions despite volatility in energy markets, reinforcing the positive outlook for midstream.

Energy Transfer announced on July 26 a quarterly cash distribution of $0.23 per share, $0.92 on an annualized basis, for the second quarter, a 15% increase over the first quarter and a 50% increase year over year, according to a statement from the firm.

The company said in the statement this distribution increase represents another step in its plan to return additional value to unit-holders while maintaining its target leverage ratio of 4.0x-4.5x debt-to-EBITDA. Future increases to the distribution level will be evaluated quarterly with the ultimate goal of returning distributions to the previous level of $0.305 per quarter, or $1.22 on an annual basis while balancing the partnership’s leverage target, growth opportunities, and unit buy-backs.

DCP Midstream announced on July 19 a second quarter cash distribution of $0.43 per unit, or $1.72 per unit on an annualized basis, representing a 10% increase over the prior quarter’s distribution and a 10% increase year over year, according to a statement from the firm

Enterprise on July 7 declared the quarterly cash distribution paid to limited partners holding common units for the second quarter of $0.475 per unit, or $1.90 per unit on an annualized basis, a 3.3% increase from the first quarter and a 5.6% increase over the distribution declared for the second quarter of 2021, according to a statement from the firm

This year will be Enterprise’s 24th consecutive year of distribution growth, according to the statement.