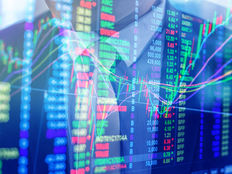 The Federal Reserve issued a Federal Open Market Committee statement on Wednesday pertaining to its planned approach for significantly reducing the size of its balance sheet.

The Fed held short-term interest rates steady and signaled intentions to raise them in mid-March, the latest update on plans to remove stimulus to temper high levels of inflation.

“With inflation well above 2 percent and a strong labor market, the Committee expects it will soon be appropriate to raise the target range for the federal funds rate,” the Fed said in its post-meeting statement.

The central bank also approved a final round of asset purchases, which will bring that stimulus program to a conclusion by March.

Inflation has been top of mind for investors for months. The Consumer Price Index reading for December showed a 7% year-over-year increase and marked the largest jump since the early 1980s.

Midstream/MLPs investments are uniquely well-positioned for success in a rising interest rate environment.

For midstream, several factors mitigate the headwinds of rising interest rates that other sectors and investments will face.

While higher rates mean higher borrowing costs for existing variable debt and new debt issuances, this may also be less of an issue for midstream/MLPs, particularly relative to the past.

Leverage has trended lower over time as many companies have focused on debt reduction in recent years. Additionally, midstream capital spending has come down meaningfully since peaking in 2018 or 2019 when companies were investing heavily to facilitate production growth, according to Stacey Morris, director of research at Alerian.

Production volumes are still recovering and below pre-pandemic levels, which has contributed to lower growth capital spending. Reduced capital spending and less debt in the capital structure should help mitigate the impact of rising rates on midstream borrowing costs, according to Morris.