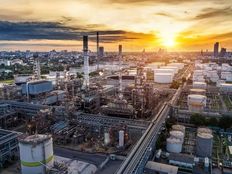 Earnings season for midstream/MLPs was largely solid with results from several companies exceeding consensus expectations. Many names raised their financial guidance for 2022 or indicated that they see results trending above their forecasts thanks to the stronger macro environment. The positive trends in returns to shareholders continued with dividend increases and buybacks, and progress was made on pipeline solutions for transporting natural gas from the Permian. Today’s note recaps some of the high-level takeaways from company reports and earnings calls. Stay tuned for next week’s note on 1Q22 midstream dividends.

While it was generally a strong quarter for midstream, certain subsectors saw more strength than others. Liquefaction name Cheniere Energy (LNG) knocked the cover off the ball as adjusted EBITDA for the quarter was more than $1 billion— or approximately 65% —above analysts’ expectations. Cheniere raised 2022 EBITDA guidance by $1.2 billion or 17% at the midpoint to $8.45 billion citing increased production of LNG and continued strength in global markets.

The large, diversified names in the space, which tend to have exposure to natural gas transportation and/or gathering and processing, announced results that were better than expected. Energy Transfer (ET) and Williams (WMB) both beat analysts’ expectations for the quarter and raised 2022 guidance. Kinder Morgan (KMI) also announced ahead of consensus, and management expects 2022 financial performance to be favorable relative to the guidance provided. The results from Enterprise Products Partners (EPD) also exceeded analyst estimates, with the company highlighting petrochemical and refined products business, as well as gas processing margins and the acquisition of Navitas Midstream, which closed on February 17.

Companies primarily focused on gathering and processing, which tend to be more sensitive to commodity prices, largely had strong results and positive outlooks. EnLink Midstream (ENLC) and DCP Midstream (DCP) were among those that beat expectations, with ENLC raising and DCP noting the current forward curve implies more than $200 million or ~14% in upside to the midpoint of their 2022 financial guidance. For companies with exposure to the Bakken or Rockies, extreme weather in 1Q22 and April has had some impact on producers with implications for midstream volumes. Crestwood Equity Partners (CEQP), Hess Midstream (HESM), and ONEOK (OKE) reaffirmed full-year EBITDA guidance despite the weather-related challenges.

Returning cash to shareholders continued to be a focus, as evidenced by multiple dividend increases (to be discussed in more detail next week) and ongoing buyback activity. To provide some examples, Targa Resources (TRGP) and Magellan Midstream Partners (MMP) both spent $50 million on buybacks in 1Q22, while Cheniere (LNG), EnLink (ENLC), and Plains All American (PAA) repurchased approximately $25 million of their equity. MPLX (MPLX) spent $100 million on repurchases in the quarter. There were no dividend cuts across Alerian’s midstream/MLP index constituents for the third straight quarter.

Natural gas pipeline takeaway capacity from the Permian was a common topic across earnings calls for the large midstream players with exposure to the basin. Last week, MPLX confirmed expansion of the Whistler Pipeline by 0.5 billion cubic feet per day (Bcf/d) to 2.5 Bcf/d with completion expected in September 2023. Kinder Morgan (KMI) is soliciting interest for a 0.65 Bcf/d expansion of the Permian Highway Pipeline, having already secured contracts for half of the incremental capacity. Competition continues for a new pipeline solution from the Permian as expansions will likely be insufficient to handle the expected natural gas production growth. EPD’s management indicated that they are considering a natural gas takeaway project from the Permian, and KMI’s management mentioned that expansions to its two existing natural gas pipelines could push out the timeline for its potential newbuild pipeline from the Permian. As discussed on its earnings call, Energy Transfer (ET) has begun the regulatory process for its proposed project, which would involve a new pipe from the Permian connecting into ET’s existing network south of Dallas-Fort Worth. ET raised its 2022 growth capital budget by $200 million to $1.95 billion at the midpoint to reflect spending related to its Permian natural gas pipeline project.