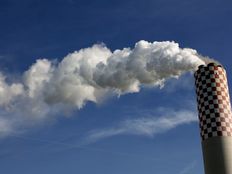 For energy investors, it may be hard to believe that many pockets of the sector were sitting at multi-year highs only three short weeks ago. In less time than it takes milk or eggs to go bad, energy stocks have seen their values fall by 20% or more compared to a 5.0% pullback in the S&P 500 over the same timeframe. The combination of mounting recession fears and some profit taking put significant downward pressure on energy stocks even as oil prices were comparatively resilient. Today’s note discusses the recent volatility in energy as recession fears roiled the space, observations from past recessions, and what could be different this time if a recession materializes.

Why the sell-off in energy?

On June 8, US benchmark oil prices hit a relative high just over $122 per barrel. The Energy Select Sector Index (IXE) was also at a relative high and up 65.0% on a price-return basis for the year. From June 8 to June 24, the IXE fell 21.7%. The week of June 13 – when the Fed announced its 75 basis-point hike – was particularly painful for energy stocks as the IXE fell 17.2% that week alone. The broad-based pressure on energy stocks was driven by growing recession concerns and some profit taking in the only sector where investors still have gains this year. The week of June 13 also marked the worst week for the broader market since March 2020 as the S&P 500 fell 5.8%.

Why did recession risk seem to disproportionately weigh on energy? Profit-taking and the strength in energy leading up to this month are likely a factor. More broadly, recessions tend to be challenging for the energy space because oil demand typically declines and that puts downward pressure on oil prices. Notably, energy stocks significantly underperformed oil prices, with oil only down 11.9% from June 8 to June 24. Global oil markets remain tight, supporting oil prices even as recession risk rises.

What can be gleaned from recent recessions?

If there is a recession, energy stocks will likely fall, but midstream would be expected to fare better than other energy subsectors given its defensive qualities. Midstream companies provide services for a fee under long-term contracts, which results in stable cash flows even when markets are volatile (read more). Midstream’s defensiveness has been on display this month. Even as the IXE fell 21.7% from June 8 to June 24, the Alerian MLP Infrastructure Index and Alerian Midstream Energy Select Index only fell 17.2% and 16.9%, respectively.

The table below shows price performance for the S&P 500, IXE, and MLPs during the 2001 recession and the 2007-08 financial crisis.(1) For each recession, performance is shown from the relative peak to the relative trough for the S&P 500 and using the dates of the recession as designated by the National Bureau for Economic Research. During the 2001 recession, MLPs outperformed the broader market and the energy sector, notching double-digit percentage gains. During the financial crisis, MLPs were pressured but outperformed the IXE and the S&P 500.

In a recession, the energy infrastructure space is likely to hold up better than other energy subsectors. The fee-based business model is a clear differentiator, but the proliferation of buyback programs in the midstream space may also help support equity values in a recession (read more). Additionally, midstream corporations and MLPs offer attractive dividends. The performance numbers in the table are on a price-return basis, and the comparison would look even better on a total-return basis. With recent weakness, the AMZI and AMEI were yielding 8.2% and 6.2% as of June 24 – more than 50 basis points above their ten-year averages. Importantly, dividend trends have been positive in the space with three straight quarters of no cuts and a strong bias towards growth (read more). While equity values have changed significantly, fundamentals have not, and the outlook remains strong for midstream.

Things could be different? No past playbook for today’s supply and demand crosscurrents.

While it’s clear that a recession would likely weigh on oil demand, it is very difficult to gauge how significant that demand impact would be – and the ultimate impact on energy stocks – given other complications in the current environment. For example, pent-up travel demand coming out of the pandemic and the easing of lockdowns in China should be supportive for global oil demand. From a supply standpoint, the shift away from Russian crude will continue, and it remains to be seen how many barrels can be soaked up by Asian buyers as the EU shuns Russian imports. Incremental supply from Iran, Libya or other producers is possible. In the US, growth will likely be constrained by producer discipline and shortages in the oil patch from labor to fracking sand. If the magnitude of the demand impact is relatively modest and supply remains constrained, oil prices could hold up reasonably well through a recession, which would bode well for energy stocks broadly.

Recession fears and profit taking put disproportionate pressure on the energy space over the last three weeks even as oil prices were fairly resilient. If recession concerns subside, energy should see a recovery. If a recession materializes, energy infrastructure companies are likely to outperform other subsectors of energy given their fee-based business models, generous yields, and the potential for opportunistic buybacks.

vettafi.com owned by VettaFi, which also owns the index provider for [AMLP, ENFR]. VettaFi is not the sponsor of [AMLP, ENFR], but VettaFi’s affiliate receives an index licensing fee from the ETF sponsor.