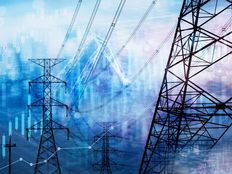 An upbeat outlook from the Federal Reserve helped support the demand outlook even as officials announced an end to its accommodative policies and potential interest rate hikes ahead.

“The market was fearful of what the Fed was going to do, and now that it’s in the rearview and we know what we’re dealing with, the market is rallying,” Phil Flynn, senior analyst price futures group, told Reuters.

Demand has steadily increased over 2021 after last year’s collapse. The U.S. Energy Information Administration stated that products supplied from refineries, a proxy for demand, jumped over the latest week to 23.2 million barrels per day.

“These figures suggest a healthy economic backdrop,” Tamas Varga of oil broker PVM told Reuters. “Although the Fed’s announcement triggered a jump in both oil and equity prices, the withdrawal of economic support together with the Omicron crisis are the two major headwinds the oil market is currently facing.”

“We still have a bid in the market from yesterday’s EIA report, which deserves a lot of love,” Bob Yawger, director of the futures division at Mizuho Securities USA, told Bloomberg, adding that the report alone gives markets a reason from trading sharply downwards in the upcoming days.

Meanwhile, on the supply side in Saudi Arabia, crude oil exports in October increased for a sixth consecutive month to their highest level since April 2020.