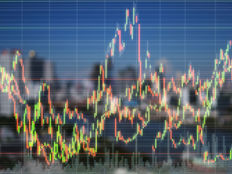 The Advisor's Guide to M&A in Midstream

The consolidation of MLPs by their parents or significant owners has been a multi-year trend that reached a high in 2018–2019 and has continued since.

MLP consolidations by parents, take-private deals, and other M&A activity has had a significant impact on the North American energy infrastructure universe. Since the end of 2015, the number of companies in the universe has almost halved, but the total market capitalization at year-end 2021 was relatively in line with the 2015 level, according to Stacey Morris, director of research at Alerian.

“While the motivations for these transactions have varied, most deals in the past were focused on simplifying structure,” Morris writes. “Parent buy-ins today may in some cases reflect the evolution of the business model and changes in capital markets that have kept parents from using MLPs for their original purpose, namely to generate cash for the parent by selling its assets to the MLP.”

These “dropdown MLPs” have typically had parents that were refiners, producers, or integrated majors, which tend to trade at lower EBITDA multiples than midstream MLPs, Morris says.

There have been several examples of parents offering to buy in their MLP in recent history, including a few transactions that are expected to close imminently.

Outside of inter-family consolidation, there have been a few examples of M&A within the MLP space that have combined complementary asset footprints, creating cost and operational synergies, according to Morris.

On February 1, Crestwood Equity Partners (CEQP) announced the closing of its acquisition of Oasis Midstream Partners, which expands CEQP’s presence in the Delaware Basin of the Permian and the Williston Basin in Montana and North Dakota, according to Morris. Energy Transfer (ET) enhanced its positioning in Oklahoma and the Ark-La-Tex region with its acquisition of Enable Midstream Partners in December 2021.

Despite the significant free cash flow generation in midstream and more M&A activity by oil and gas producers in recent years, there are not more consolidation transactions in the midstream space for a few reasons.

“For energy assets broadly, volatility in commodity prices can complicate valuations and make it more difficult for buyers and sellers to agree to a price. For midstream, M&A activity can be complicated by significant parent or insider ownership,” Morris writes. “Both Enable Midstream and Oasis Midstream had parents with significant ownership stakes, though OGE Energy (OGE) and CenterPoint Energy (CNP) had been contemplating strategic alternatives for Enable for some time. Transactions could also be complicated by regulatory oversight and increased scrutiny of potentially anticompetitive deals.”