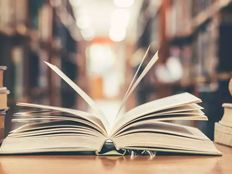 What We Can Learn From ENFR’s March Performance

The Alerian Midstream Energy Select Index (AMEI), the underlying index of the Alerian Energy Infrastructure ETF (ENFR ), gained 7.44% in March to extend its outperformance year-to-date, ending the first quarter with a total return of 21.53%, according to ALPS.

The index increased as rising commodity prices fueled the continued outperformance of energy equities despite heightened volatility from the ongoing Russia-Ukraine conflict. With the outlook for significant free cash flow intact, the financial flexibility to return more capital to shareholders complements macro tailwinds that are fueling the strong outperformance for midstream, ALPS writes.

Despite extended equity outperformance through March, the index has an attractive yield of 5.31%, according to ALPS, and is currently trading at a slight premium to its three-year average forward EV/EBITDA multiple.

Distribution growth has become more prevalent across the energy infrastructure space as companies prioritize returning more capital to shareholders. While stronger equity performances have caused yields to come down, the energy infrastructure space continues to offer yields well above other income-oriented sectors. Distribution growth is also being complemented by increased return of capital in the form of buybacks, according to ALPS.

Looking under the hood, a few index constituents made notable progress in March toward continued growth and enhanced shareholder value.

Cheniere (LNG, 5.08% weight as of April 2022) announced amendments to its previous LNG sale and purchase agreement with French utility Engie, consisting of a volume increase and term extension past 2040, according to ALPS.

Cheniere also signed a contract to commence construction for its Corpus Christi Stage 3 project, which is expected to start providing LNG in 2025.

Pembina Pipeline Corporation (PPL CN, 4.97% weight as of April 2022) entered a joint venture with KKR to merge its Western Canadian natural gas processing assets into a single entity. PPL will be the asset operator and own a 60% interest.

PPL expects roughly $700 million of cash proceeds from the deal, of which $550 million will be allocated to debt repayment and $150 million towards buybacks. PPL also plans to increase its monthly common dividend by 3.6%, or $0.0075 per share, upon the deal closing, according to ALPS.

Williams (WMB, 5.22% weight as of April 2022) announced a $950 million acquisition of gathering and processing assets in the Haynesville from Trace Midstream, which will increase WMB’s footprint in East Texas and support its clean energy initiatives, including gathering responsibly sourced natural gas and serving the growing LNG markets in the Gulf Coast.