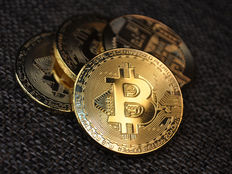 Bitcoin “will not continue to be the leader” of the cryptocurrency pack and is not a smart pick for investors, said ERShares COO and chief investment strategist Eva Ados in a recent interview with Bloomberg.

Bitcoin: Too Volatile to Be Currency, Store of Value

Ados believes that comparing Bitcoin to standard currencies or to gold is inaccurate, given its extremely volatile nature.

“It’s not digital currency,” Ados said, citing Bitcoin’s 30% drop in one day. “With that volatility, you cannot possibly have a widely accepted digital currency such as this one.”

She continued: “It’s also not a store of value. You cannot have… volatility with an alternative to gold.”

A more accurate description for Bitcoin would be as “digital art, and that’s because it has no intrinsic value, its value depends on what people want to pay for it… it’s based on perception.”

She also compared Bitcoin to watered stocks, or stocks that are sold at artificially inflated values. “The more supply you have, that dilutes the value of each cryptocurrency, including Bitcoin,” said Ados.

When asked for a less volatile crypto option, she suggested Ether, citing its smart contract technology and because “it’s better for the environment.”

“Bitcoin is the polar opposite of ESG,” said Ados. Bitcoin has recently come under scrutiny for the negative environmental impact of its mining activity.

Furthermore, Ados believes that the odds of impending SEC regulation are very high. “We think regulation is not a matter of if rather than when. We expect it to happen imminently.” Impending regulation along with the promise by the Federal Reserve of a white paper this summer on central bank digital currency (CBDC) will all lead to increased volatility in the crypto markets she said.

“For that reason, we would not be buyers of any cryptocurrency at this point,” Ados said.

On Inflation and the Current State of Tech

“We are in some regards spoiled with very low levels of inflation,” she continued.

Ados said that ERShares is monitoring multiple inflation metrics, including food prices, particularly corn prices; wage growth; and government spending, particularly a 37% increase in debt over the past 1.5 years.

“All of these factors together create a lot of concerns,” Ados cautioned.

With regard to tech stocks, Ados explained that while some areas of tech were up to 50% off from their highs in February, “their growth had not really [been] affected.”

Ados believes that with cyclicals taking in more money, now is actually an optimal time to buy into tech.

Tech stocks are “priced very attractively,” she said, and primed not just for a rebound, but more growth to come.