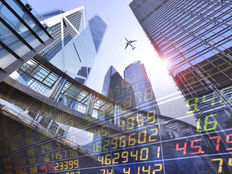 Hong Kong-listed equities are on fire this year, aiding ETFs which investors might not readily expect. The ERShares Entrepreneurs ETF (ENTR B+) is one of them.

The ETF allocates more than 28% of its weight to ex-US stocks, according to Morningstar data.

“Among her favorites are Autonomous Aerial Vehicles (AAV) maker Ehang, and FinTech company FUTU. Both have exceeded 150% YTD performance with explosive growth that she believes will propel them higher,” according to ERShares, citing COO and Chief Investment Strategist Eva Ados.

The Right Way to Blend Domestic and International Exposure

“Ados mentions the up to 50% discounted valuations that HK companies experience relative to mainland China and the US. She notes regulatory changes that now allow mainland Chinese investors to move directly into HK, which was not possible before,” according to ERShares.

As Ados also points out, there are some benefits that come with equities exposure in Hong Kong.

“With respect to the US, more investors are attracted to HK for not only the relatively attractive pricing but also the lower risk of being delisted on US exchanges,” notes ERShares. “The combination can sometimes produce exceptional run ups as the recent single-day 300% gain from Kuashou with last week’s IPO. She adds that currency gains only add icing to the cake. She remains bullish for International and Small Cap equities, especially those with a high growth entrepreneurial orientation.”