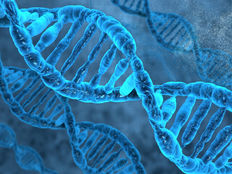 Growth stocks may be out of favor, but that may allow investors to snag favorable pricing on industries with excellent growth prospects.

One of those industries is genomics, which is forecast to grow in significant fashion over the next decade. Investors can get in on the action without direct commitment with the ERShares Entrepreneurs ETF (ENTR B+).

Biotech and genomics companies such as Crispr, Intellia, Twist Biosciences, Veracyte, and Editas have more than quadrupled year-to-date.

Genomics companies try to better understand how biological information is collected, processed, and applied by reducing guesswork and enhancing precision. The industry is a booming market with epic potential for investors.

Rising government funds for research on genomics have driven the growth of the single-cell genomics market. The funding focuses on efforts to resolve the complexity of the human genome and the genomic basis of human health and disease. It also ensures that genomics is used safely to enhance patient care and benefit society through government, public, and private institutions.

According to “Genomics Market – Growth, Trends, and Forecasts (2020-2025),” exponential growth in the space is expected within the next five years.