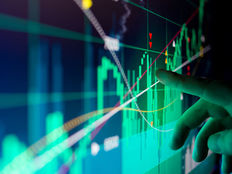 Inflation is currently tame, and with a few exceptions, there’s little indication it will rise anytime soon.

Prices for some items such as food, vehicles and other goods in tight supply are higher, but the for the 12 months through September, the Consumer Price Index rose up 1.4%, while the core CPI up 1.7% on the year. Both are still below the Federal Reserve’s 2% target.

But with the recent injections of cash from both the Fed and Congress, some advisors are watching for nascent signs of inflation.

There’s debate between advisors about the short-term inflation outlook; however, advisors say as they consider medium- and long-term planning, they take rising prices into account as they position portfolios, especially for their clients near or in retirement.

Todd Lambert, a partner at Summit Financial Wealth Advisors, says Covid-19’s impact weighs on inflation. The country is in a recession, unemployment is high and there’s been a little drop in consumer demand. Even before the pandemic, labor costs were down, despite full employment, he adds.

Lambert says he’s not overly concerned about inflation “for the foreseeable future,” even as the Fed tries to generate some type of inflation with its monetary stimulus.

If the Fed manages to raise inflation past that 2% target, Morgan Hill, CEO of Hill & Hill Financial, says he doesn’t buy into some of the fears that the U.S. will see runaway inflation on the lines of Zimbabwe and the Weimer Republic because of this year’s stimulus.

“We have more levers to control than some of these third-world nations or post-World War I Germany,” he says.

And he points out that when the Fed first embarked on quantitative easing during the Global Financial Crisis in 2008 and 2009, “inflation barely blipped.”

That said, there’s a difference between looking for runaway inflation spurred on by stimulus programs, and the effect of the long-term erosion of purchasing power by slowly rising prices. “You don’t notice it, but please don’t underestimate it,” Hill says.

Other advisors are less laid back about the potential for higher inflation given the monetary and fiscal stimulus working through the system.

“Odds of a pickup of it in ‘21 and beyond are greater than they have been in the past, but I’m not going to say it’s a slam dunk,” says Andrew Mies, chief investment officer at 6 Meridian, who notes with 12-month CPI at 1.7%, “we’re getting close to that 2% CPI number.”

No matter what is the U.S. presidential election outcome, he thinks the incoming administration will be more inclined to spend money and introduce more stimulus.

Inflation’s impact is a primary conversation with Mies’ high-net-worth clients. Even a few years ago they could earn at least 3% or 4% return without taking too much risk; now they are lucky to earn 1% in lower-risk vehicles, he says.

Chris Kampitsis, financial planner at Barnum Financial Group, is also closely watching inflation. “It’s absolutely feasible that a Covid stimulus-induced period of inflation could ultimately be upon us. It’s not my role to predict it, but it’s my role to prepare for it,” he says.

How to Mitigate Inflation’s Impact

When Hill considers inflation hedges for portfolios, he says his strategy is to approach it as “a pace car, and a race car,” meaning that some investments are designed to keep up with inflation and others to beat it.

Depending on this clients’ time horizon, he looks to technology ETFs to outpace inflation and specifically likes ARK Innovation ETF (ARKK). “Catherine Wood at ARK has done some really good stuff,” he adds.

Real estate is one of the traditional inflation hedges, but Lambert says advisors need to be choosy because of the pandemic’s impact on certain real-estate investment trusts, such as those tied to retail. Instead, he is looking at REITs tied to warehouses or data centers. iShares U.S. Core REIT (USRT) fits the bill with its top holdings in those sectors.

Mies says he’s concerned how inflation may hit the fixed-income side of portfolios with yields so low. He notes that a year ago when the CPI was close to 2%, the 10-year U.S. Treasury note had a yield in the high 2% area. “Today the 10-year is at 1.7%,” he says, noting the risk in long bonds if there is a rapid move in interest rates.

SRLN has some riskier senior bank debt, Mies says, although he thinks the managers do a good job of handling that. VRIG focuses on structured credit, but he points out the fund’s yield has fallen.

Gold is often seen as a classic inflation hedge, but advisors are divided whether they would use it or not. Kampitsis says gold is known to perform well historically in inflationary times. There are several gold-backed ETFs for advisors who want direct exposure to gold, including iShares Gold Trust (IAU).

Yet Lambert and Hill aren’t fans. Lambert says he’d rather use VanEck Vectors Gold Miners ETF (GDX) as an alternative to the physical commodity.

Hill cautions advisors against some of the ways gold is advertised as a hedge, including as protection against economic or currency collapse. “That’s a whole other different conversation to have, if the U.S. defaults on its debts,” he says.

Hill doesn’t use precious metals – gold nor silver – as an inflation hedge after being burned once before. “Man, we got clobbered when we tried to use those in our portfolios, thinking inflation was gonna rear its head,” he says.