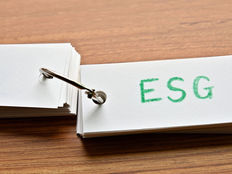 In the history of ESG investing, Governance was arguably the first of the three pillars to be well defined and universally embraced in the United States. The Enron scandal which began in 1997 is cited as one of the largest audit failures in our country’s history. The Worldcom and Tyco scandals of 2002, the HealthSouth and Freddie Mac scandals of 2003, the AIG scandal of 2005 and the Lehman Brothers scandal of 2008 introduced the public to the excesses in the C-suite of corporate America and led to increased scrutiny and accountability at the board level.

The next evolution in ESG saw an intense focus on Environmental matters in the past decade driven in large part by tangible reminders of global change, including wildfires in Australia and California and a surge in tropical storm activity worldwide. Other Environmental matters such as toxic chemicals and recycling have also become very popular causes over the past 10-20 years.

Until very recently Social matters have taken a back seat. It wasn’t that they weren’t recognized as important, it is more likely that of the three pillars, Social is the most controversial and the most difficult to define. Then came 2020, the year of the worst global pandemic of modern history that was powerful enough to shut down entire economies as societies across the globe were mandated and/or strongly encouraged to shelter in place.

Covid-19 led to massive unemployment and increased a social divide as certain sub-sectors of the economy were able to seamlessly conduct business as usual with the vast majority of their workforce working from home thanks to modern technology. Meanwhile in other areas of the economy, primarily in the service sector, business came to a screeching halt. In addition to a tragic death toll, businesses and society at large were suddenly forced to address a very human economic toll. Most companies were also forced to address worker’s rights and safety in the workplace on a new scale. All of this is going on amid a highly contested presidential and congressional election.

On May 25, the tragic death of George Floyd and the following weeks of protests against police brutality brought a renewed focus to the Black Lives Matter movement and the social injustices of our society.  Among the issues that the movement seeks to address is the lack of representation by African Americans in corporate America. In the weeks and months that followed the death of George Floyd, amid a social media backlash, several high-profile companies made public announcements expressing solidarity and support of the Black Lives Matter movement.

Many question if this goes far enough. We expect that follow through on these commitments will be closely watched and scrutinized. According to an Institutional Shareholders Services analysis of the Russell 3000, Black directors currently represent 4.1% of corporate board seats and Black employees represent 3.1% of Chief Executive Officer positions and 1.1% of Chief Financial Officer positions.

Investors, particularly young people, are increasingly investing with their conscience. They are demanding that companies amend their hiring practices and their social culture. ESG investing is a tangible and concrete way for them to do so and has led to rapidly increased adoption. 2020 has been a difficult and trying year for many. It is our hope that an increased recognition of the social importance in ESG can be one good thing that comes out of it.