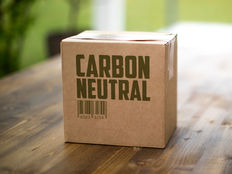 The process for the asset management industry utilizes its own returns to pay for the carbon offsets in their entirety, allowing for the conversion of existing ETFs to carbon-neutral ones while creating an industry-wide certification process.

“The newest report from the Intergovernmental Panel on Climate Change (IPCC) confirmed what we had feared: it’s too late to stop the next 30 years of climate change, even if the economy was carbon neutral today. Hurricanes, heat domes, and wildfires are urgent signs that we must do better than NetZero targets 5, 10, and 20 years out. That’s why we decided it was time to act and to create the first and only Certified Carbon Neutral ETF.” said Andrew Rodriguez, CEO and CIO of Change Finance, in the press release.

In order to accurately calculate the carbon footprint of Change Finance’s ownership of the securities in CHGX, the firm worked with Verity Platforms, which pulls data from Carbon Disclosures Project, a non-profit organization that discloses the environmental impacts of companies. Verity worked to pull the data for the individual securities and then calculate it across the fund to get an accurate carbon footprint of the entire portfolio.

Change Finance then looked into existing carbon credit options, as the voluntary carbon market is currently an unregulated space. The ETF issuer searched for projects with the most sequestration potential that also focused on improving biodiversity while supporting marginalized populations, according to a carbon neutrality posting on their website. They found their answer in Grassroots Carbon, a group that removes carbon from the atmosphere and stores it in the soil via regenerative grazing.

“We chose regenerative grazing because it is not only more productive in terms of the amount of carbon captured, but it also supports rural communities. Grassroots has a specific focus on marginalized groups such as women ranchers, ranchers of color & indigenous peoples. Essentially, the rancher’s incomes increase, the land is replenished, and carbon is sequestered,” said Brittany Damico, senior business development manager.

For every $1 million that is invested in CHGX, seven tons of carbon are removed from the atmosphere. By forging the way while creating a process that can be used industry-wide, Change Finance hopes to work to transform the asset management industry to full carbon neutrality.

“Our hope is to inspire other asset managers to join us. The climate crisis requires full commitment from everyone – especially the financial services industry. We’re proud to have blazed a trail towards net-zero capital markets,” added Dorrit Lowsen, Change Finance’s president and COO in the press release.