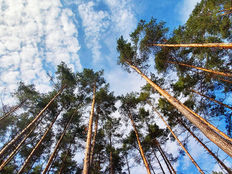 At the end of September, China’s President, Xi Jinping, pledged that his country would reach carbon neutrality by 2060.  This statement has not gotten nearly as much press as I might have expected it to.  We can likely chalk that up to a rapidly approaching election in the U.S. and the resurgence of COVID-19 infections across the globe. Nevertheless, this is a momentous commitment to green energy, and we at Spinnaker Trust believe that it will be fulfilled.

A decade ago, I covered the infrastructure industries in China for a large, well-known buy-side firm.  I visited with the management teams of SOE construction firms, major utilities, and wind turbine and solar cell producers.  I sat on red velvet chairs around dated conference tables in Beijing, listening to government officials detail their ambitious plans via simultaneous Mandarin translation.  I visited a handful of photovoltaic cell production facilities in Nanjing and analyzed how the glut of wind turbines from the likes of Goldwind and Mingyang might impact turbine pricing in the U.S. and Europe.

At that time, China Longyuan had recently gone public and was generating thousands of megawatts of wind power that was not being used because it was not connected to the grid.  I reviewed the CCP’s ambitious nuclear and hydro power construction plans.  I also learned about how important coal-based electricity generation was and still is to the country.  The coal mines and coal-fired utility plants supply power, of course, but they also supply jobs and provide for remote communities in a communist nation.

It was early days for green energy in China, but it was apparent that the government’s commitment was not just talk.  Government subsidies drove the early success of the companies noted above.  It was my experience that when the CCP made a commitment to an infrastructure plan or timeline, whether it was a network of high-speed trains, a new highway system, airports in remote locations or a certain gigawatt of green energy production, it was completed on time.  This makes for an important distinction from other, democratic nations or regions which often struggle with passing budgets and material and labor costs when it comes to the completion of infrastructure and/or green energy goals.  This is particularly true in the emerging markets as countries like Brazil, South Africa, and India struggle with meeting infrastructure targets.

Many have asked about the motivation and timing of Xi Jinping’s bold commitment.  Was it due to international pressure to do more to address global warming as the New York Times has asserted ( https://www.nytimes.com/2020/09/23/world/asia/china-climate-change.html )?  Was it to get ahead of the Chinese people’s increasing desire to live with cleaner air?  After all, Beijing, Guangzhou and Shanghai are #3, #6 and #7 in the Forbes’ ranking of the most polluted cities in the world.  Was it to embarrass U.S. President Donald Trump who has famously denied that global warming is manmade and withdrew from the Paris Climate Agreement?

Under the Paris climate deal reached in 2015, China pledged that its emissions would peak in or around 2030.  During his recent statement, President Xi moved up that timetable but failed to elaborate.  According to the New York Times, more than 60 countries have pledged carbon neutrality by 2050, a deadline that scientists believe must be met in order to have a reasonable chance of averting catastrophe.

Science Magazine furthers the dichotomy by asserting that coal is both the biggest challenge and opportunity for China ( https://www.sciencemag.org/news/2020/09/can-china-worlds-bigger-coal-consumer-become-carbon-neutral-2060 ).  In the northern, coal-producing regions, coal is used for both power and heating.  Coal-fired generation grew by 40 gigawatts in 2019 to 1,050 gigawatts total.  Another 100 gigawatts is under construction today.  This is all despite significant overcapacity in the sector thanks to older plants and regions that need the industry to survive.  In addition,  the regulatory system overwhelming favors coal-fired generation because it is consistent, while wind and solar production can be variable depending upon the weather.

Science Magazine concludes that for China to meet it’s 2060 commitment it will, “require drastically reducing the use of fossil fuels in transportation and electricity generation and offsetting any remaining emissions via carbon capture and storage or planting forests.”  A research group at Tsinghua University presented a $15 trillion, 30-year road map that calls for ending the use of coal for electricity generation by 2050 and dramatically increasing nuclear and renewable power generation.

The Chinese government’s next five-year plan will be released soon and will be a key document to follow, detailing the changes and milestones that will be necessary to meet their goals.