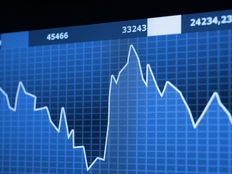 Clean Energy Will Get Back Up Again

While sustainable investments have taken a hit, the clean energy segment won’t likely suffer through a repeat of the previous bust that occurred over a decade ago, with more maturing technologies and broader fundamental supports to prop up the sector.

Specifically, the current environment is much more supportive of sustainable investing, compared to a decade ago. We are witnessing an increased awareness and demand for socially responsible or sustainable investments, along with a greater emphasis on combating climate change amid more extreme weather conditions, the Wall Street Journal. For example, the shift in sentiment has helped lift Tesla’s market capitalization to above $1 trillion.

“We have seen a tectonic shift of capital. Actions and ambitions toward decarbonization have also increased. This is just the beginning,” Larry Fink, chief executive of BlackRock Inc., the world’s largest investment firm, said in his annual letter to CEOs, noting that sustainable investments have reached $4 trillion.

Big banks are also backing up efforts to curb carbon emissions. During the Glasgow climate summit last year, most of the world’s big banks, along with major investors and insurers with a combined $130 trillion in assets, committed to shifting funds to investments that target lower emissions.

Meanwhile, global issuance of bonds under the Climate Bonds Standard accounted for over $200 billion in late 2021, according to Climate Bonds Initiative, a U.K. charity.

Speculative clean energy technology companies have been pummeled recently in the face of expectations that the Federal Reserve will hike interest rates in 2022. Additionally, the near-term failure of President Biden’s Build Back Better plan, which included over $500 billion for climate projects, has removed the previous tailwind for the segment.