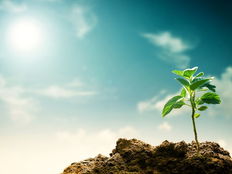 As a group of bipartisan senators attempt to hash out an infrastructure spending bill, some more progressive politicians are warning against a package without climate change provisions.

“To an extent, you can link everything together if you’re creative enough with your rhetoric,” Meijer told Yahoo! Finance Live. “We will be pouring concrete as part of this infrastructure plan — we should be focused on what that is, and not trying to just stretch these definitions past anything a dictionary might find even remotely plausible.”

Talks between Senate Republicans and the White House collapsed earlier this week after the proposal fell short of what Democrats had in mind, especially on the issue of spending to shore up sectors in a bid to tackle climate change.

Democratic lawmakers have pushed for greater focus on fighting climate change and transitioning to clean energy as the United States overhauls its backbone infrastructure. Democrats have argued that the two issues can’t be separated while many Republicans believe that an infrastructure package should only focus on traditional, physical projects and expanding broadband.

“To me, that what draws the line is what supports and underpins our economy and our functioning as a country,” Meijer said.

“I do not like omnibus efforts that try to wrap everything together and make it harder to focus on how they’re actually going to be impactful,” he added. “I believe that climate change is a real and pressing threat to this country.”