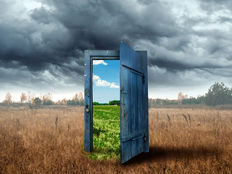 The Democratic party has been pushing to make climate change initiatives a priority as President Joe Biden supports green policy. However, the party is divided over how to transition to this greener future.

Recent hearings during a “21st Century Energy Jobs” event argued that there is a bright future for fossil fuels, NPR reports.

For example, Zach Smith, external affairs manager for CONSOL Energy, outlined for the House Democratic Policy Committee a new vision of coal, arguing that “this is not your grandpa’s coal company.” His remarks come despite the gradual displacement of coal by natural gas over past decade.

Smith detailed a CONSOL project working on a power plant that would capture 97% of harmful emissions, which could be partnered with the U.S. Department of Energy to try to make carbon capture and storage technology more feasible.

Jim Welty, vice president of government affairs with the Marcellus Shale Coalition, argued that fossil fuels could even help address climate change, pointing to the role of natural gas in clamping down emissions and producing plastics to make vehicles lighter and more efficient.

“We are part of the solution on every step moving forward,” Welty told the policy committee and the Republican-controlled House Environmental Resources and Energy Committee.

Scientists do not agree with this sentiment, arguing that there needs to a transition to green energy, one away from harmful gas-emitting fossil fuels.

“It’s got to be a transition fuel. It can’t be the solution,” Kenneth Davis, a professor of atmospheric and climate science at Penn State, said in the hearing.

Scientists have warned that we must reduce greenhouse gas emissions dramatically in the coming decade and eliminate them all together by 2050.

While cleaner fossil fuels like natural gas can act as a stop-gap, there needs to come a time where we stop burning it or at least stop letting the emissions reach the atmosphere, according to Davis.