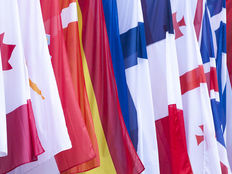 World leaders are nearing the end of the COP26 climate summit in Glasgow, Scotland this week and have released the first draft of an agreement from the two weeks of meetings. Contained within it is a call to action for developed countries to at least double the financial amounts allocated towards developing countries for climate change purposes, and the targeting of coal and fossil fuel use.

The draft includes a recognition of the role every partial degree of warming makes and tightens down on the commitment to keep global warming to 1.5 degrees Celsius. There is the acknowledgement that such a limiting will require “rapid, deep and sustained reductions in global greenhouse gas emissions,” according to the draft, and that the avenues for financial contributions and reductions in emissions will be different for all countries.

The goal is to limit carbon dioxide emissions by 45% by 2030 compared to their 2010 levels and to hit net-zero by 2050. The language throughout the document refers to the 2020’s as the critical decade to turn things around and conveys an urgency to the changes necessary and the intense amount of scaling up that needs to happen.

The call to action contained within the draft is one that specifically requests that countries “accelerate the phasing-out of coal and subsidies for fossil fuels,” the first time such language has been included in anything related to the Paris Agreement. At a time when coal use is on the rise due to natural gas shortages in several countries, it’s clear that such transitions will be almost revolutionary for economies worldwide.

It remains to be seen what the final language of the document will be, and beyond that how individual countries will tackle these goals with legislation and regulation, but the pressure is on.