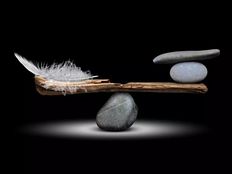 The S&P 500 ESG Index, which is the underlying index for the SPDR S&P ESG ETF (EFIV), recently completed its fourth annual rebalance. Investors considering EFIV should note that the S&P 500 ESG Index strives to provide similar exposures to the S&P 500 while employing various environmental, social, and governance (ESG) criteria.

“However, one familiar name may stick out as being absent from that list: Tesla. Tesla was ineligible for index inclusion due to its low S&P DJI ESG Score, which fell in the bottom 25% of its global GICS® industry group peers. It joins Berkshire Hathaway, Johnson & Johnson and Meta, which have once again met the index methodology’s chopping block,” according to S&P Dow Jones Indices.

Interestingly, Meta was one of five stocks that was eligible to be included in EFIV’s index, but wasn’t included. Warren Buffett’s Berkshire Hathaway and Tesla both had disqualifying ESG scores, according to S&P.

In the case of the former, that’s understandable because Berkshire is a major investor in some oil companies. However, Tesla is the dominant electric vehicle (EV) maker. In theory, that makes it a logical inclusion in any ESG ETF or index. For EFIV investors, it’s worth noting why Tesla currently isn’t on the ETF’s roster.

“First and foremost, the GICS industry group in which Tesla is assessed (Automobiles & Components) experienced an overall increase in its average S&P DJI ESG Score. So, while Tesla’s S&P DJI ESG Score has remained fairly stable year-over-year, it was pushed further down the ranks relative to its global industry group peers,” noted S&P Dow Jones.

Translation: Other automobile manufacturers are bolstering their ESG credentials while Tesla is in ESG decline. While Tesla isn’t an EFIV component today, that could change in the future.

“So, while Tesla and others may not have been included in the index this year, the beauty of the annual rebalance is that they will once again have an opportunity to be reviewed for inclusion in years to come. For now, the (re)balancing act of the S&P 500 ESG Index has once again been achieved,” concluded S&P Dow Jones.