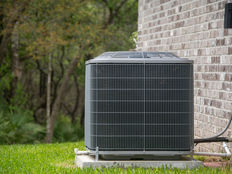 In its first domestic regulation regarding greenhouse gas emissions, the EPA, under the guidance of the Biden Administration, announced cutbacks on hydrofluorocarbons (HFCs) used in refrigerators and air-conditioners, reported CNBC.

HFCs are thousands of times more harmful to the atmosphere than carbon dioxide, and this cutback marks the first time that there has been any kind of federal regulation on the harmful greenhouse gas.

The EPA said that this reduction would potentially reflect a 0.5 degree Celsius differential by the end of the 21st century and equates to roughly a 4.7 billion metric ton reduction of carbon dioxide by 2050. This is the equivalent of three times what the U.S.’s power sector produced in emissions in 2019, the EPA said in a briefing on Wednesday.

Regulation of the chemical will go into effect next year and sets goals that will reduce production and imports by 85% over the next fifteen years. This move comes at time when HFC emissions are on the rise, with record-setting heat causing Americans to run air-conditioning more often. The EPA recorded a rise in HFCs between 2018 and 2019 due to historically high temperatures.

“As we move in this direction, we are also opening up a huge opportunity for American industries,” Gina McCarthy, White House climate advisor, said during the briefing. “Reducing HFCs is a huge climate success story.”

Greenhouse gas emissions are a major focus as companies and regulators look to set sustainability guidelines and goals to reduce global warming.