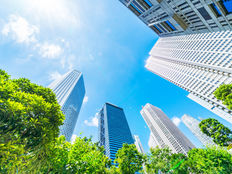 Asia’s bond market for environmental, social, and governance offerings hit a record this year, and interest for ESG-related debt is only growing.

Asia-Pacific borrowers more than doubled issuance of bonds tied to ESG principles to a record $69 billion so far this year, Bloomberg reports.

The momentum doesn’t seem to be letting up any time soon as some of the biggest global investment banks are still expanding their teams to cope with the increased ESG-related bond deals ahead.

Additionally, the accelerated pace of ESG-related issuances among companies, government bodies, and other institutions in the Asia-Pacific region, excluding Japan, for 2021 has already outpaced those by U.S. issuers for the first time in two years.

According to Refinitiv data, of the $69.1 billion in ESG bonds issued in Asia-Pacific so far this year, green bonds were the most popular, making up for 70% of the deals, compared to the 20% of ESG-related bonds tied to sustainability.

Chinese entities also made up the lion’s share of the split, at 51.3% of the ESG bonds issued in the region, followed by South Korea, which accounted for 21.2% of all ESG bonds.

“Demand for green deposits, loans and access to capital markets is running at record levels versus prior years and is gathering further momentum,” Kaleem Rizvi, Citigroup’s head of corporate banking in Asia Pacific, told Bloomberg.

“More clients are realizing they need a clear ESG strategy. Investors and other stakeholders are demanding it and they don’t want to be left behind,” he added.

Climate change and other green issues have increasingly come under the microscope for many Asian governments and financial regulators. Hong Kong and Singapore have begun changing rules that require companies to disclose their environmental impacts.

Meanwhile, in the United States, there have only been 86 debt deals, which have raised $53.1 billion. Europe remains the leader in the ESG market, with $248.1 billion in ESG-related bonds issued so far in 2021, three times more than the same period last year.