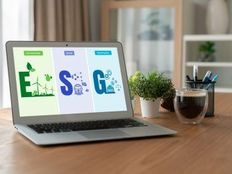 ESIX Could Be Great for ESG, Small-Cap Rebounds

Environmental, social and governance (ESG) funds lagged in the first half of 2022. The same is true of small-cap equities, but some analysts remain bullish on the prospects for a small-cap rebound.

Should that scenario materialize, the SPDR S&P SmallCap 600 ESG ETF (ESIX ) is an exchange traded fund likely to benefit. ESIX is one of the premier names among ESG ETFs focusing on small-caps, offering investors the benefits and familiarity of tracking an index that’s an offshoot of the widely observed S&P SmallCap 600 Index.

At a time when some strategists see upside ahead for small-cap equities, ESIX’s inclusion of ESG principles could amount to a cherry-on-top proposition for investors.

“Our economists expect a mild US recession and see Fed cuts in 2023. (Equity Strategist) Jill Hall prefers small-caps over large caps: Small-caps are seeing much better earnings guidance, have held up better in inflationary/stagflationary backdrops, and benefit from still better trends in services, goods spending. Jill also believed they have largely priced in recession risks, with the small-cap equity risk premium at record highs and the recent peak-to-trough decline ~80% of the typical small-cap decline around recessions,” according to Bank of America research.

While many large-cap ESG growth funds are growth-heavy, ESIX is more evenly divided among growth and value stocks. Potentially, that’s a relevant trait for long-term investors considering ESIX because the marriage of smaller stocks and value is historically rewarding.

“Value has tended to outperform growth within small caps during recessions (and over the long-term), and Jill Hall currently favors Value factors such as free cash flow. A $100 small cap value investment in 1934 would be over $50 million today, 10 times an investment in large-cap value ($5.4m) and more than 50x the S&P 500 ($950,000),” added Bank of America.

Regarding growth, small-caps are expected to deliver sound earnings growth, which could make ESIX an appealing option for investors looking to remain engaged with equities during a recession. Keep in mind, that the ETF’s components are required to be profitable to gain entry into the underlying index.

“Smaller companies also have stronger guidance than larger peers, with an above-average and improving earnings guidance ratio,” concluded Bank of America. “Small-cap guidance is the strongest it’s been since 2007 relative to large caps, suggesting that small cap equities may be better positioned heading into a mild recession.”