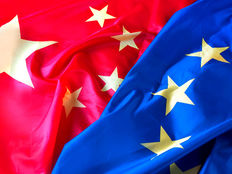 Two of the world’s largest economies, the European Union and China, recently announced plans for a reduction in greenhouse gas emissions, as reported by the Wall Street Journal.

On Wednesday, the EU set forth a plan that would include cutting reliance on fossil fuels while also imposing taxes on imports from high-emitting countries, a global first.

The tax levies have been met with pushback from developing economies and have caused some companies to reconsider the carbon emissions of their global supply chains.

The EU plan is one of the most ambitious in scope to date for reducing carbon dioxide and other harmful greenhouse gases. It includes a push to transition to greener technologies for households and companies, pushing for a rise to 40% of energy derived from renewable sources by 2030, up from the current plan of 20%.

“Our current fossil-fuel economy has reached its limit. We know that we have to move to a new model,” said European Commission President Ursula von der Leyen.

Meanwhile, China launched a domestic cap-and-trade style emissions market on Friday. The country is currently the largest producer of carbon, and in creating this market, has doubled the amount of emissions globally covered under a cap-and-trade program.

The fund tracks the MSCI ACWI Low Carbon Index. It is an index that reweights securities in the MSCI All-Country World Index (ACWI) to favor lower carbon emissions as well as fossil fuel reserves.