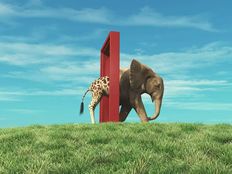 S&P Dow Jones is one of the largest providers of indexes for use by issuers of exchange traded funds and index funds, and that dominance extends to the world of environmental, social, and governance (ESG) funds.

Owing to the proliferation of ESG ETFs and issuers realizing that end users want exposure to indexes from well-known providers, S&P is behind a growing number of ESG funds. So when the index giant makes changes, it’s noteworthy.

The index sponsor recently concluded its S&P DJI stakeholders’ consultation on the S&P ESG Indices, and there are some alterations that advisors and investors may want to take note of.

Those include “quarterly eligibility checks instead of annual to incorporate the latest available information on a more timely basis and to avoid including companies that violate eligibility criteria for a longer period,” according to S&P Dow Jones Indices. “Additionally, an expanded and revised list of product involvement exclusions, including oil sands, small arms and military contracting exclusions.”

The index sponsor is also moving to Sustainalytics for United Nations Global Compact (UNGC) data. The S&P ESG index consultation also turned up the need for some reforms regarding the treatment of controversial companies that are usually excluded from ESG benchmarks.