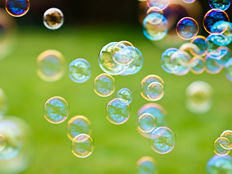 After the recent boom in socially responsible investing, former head of the board of governors for the world’s largest pension fund warned of a “bubble” in environmental, social, and governance investments.

Eiji Hirano, who was chairman of the board of governors of Japan’s 178 trillion yen, or $1.6 trillion, Government Pension Investment Fund (GPIF) from 2017 until earlier this year, argued that the fund needs to reassess its approach to ESG and consider how much ESG assets contribute to returns, Bloomberg reports.

“The GPIF needs to go back to its roots, and think about how to analyze if ESG is really profitable, as well as how to evaluate and standardize ESG,” Hirano told Bloomberg. “It’s a little like an ESG bubble right now, and we should evaluate both the good and the bad.”

Hirano noted that GPIF was a pioneer of ESG investing in Japan. The fund was even highlighted for its aim to “change the world” under former Chief Investment Officer Hiromichi Mizuno and former President Norihiro Takahashi. However, the fund’s ESG tone has shifted under new management. Hirano argued that the fund shouldn’t be the vanguard for ESG investing, but should instead examine the true returns from the growing asset category.

“Under the leadership of Takahashi and Mizuno many bold steps were taken on ESG,” Hirano said. “It’s part of the corporate governance code now, and the government has now started to wave the banner on issues like climate change. The trend has been established, even if the GPIF isn’t the one leading the charge.”

Looking ahead, in its next major review due in 2025, the GPIF is expected to adjust its home bias.

“The weight of Japanese shares among global markets is about 6-7%. From the perspective of a professional, the current 25% weighting for Japanese stocks is too high,” Hirano said. “It’s not unusual to have a ‘home bias,’ but in the next mid-term plan that will go into place in April 2025, this will likely be one of the areas of discussion.”

“The more cautious you are about the future, the more risk you need to include in your portfolio — a contradictory mechanism,” he added.