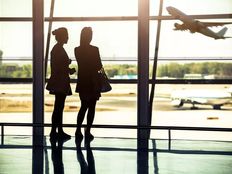 Gender Diversity Up on Boards in GCC Countries

Closing the gender gap in the workforce in the Middle East and North Africa, including the Gulf Cooperation Council countries, could add $2.7 trillion to the region’s economy by 2025, according to research from State Street Global Advisors.

SSGA examined 172 blue-chip companies across the GCC region and found that a third of them have at least one female board member, which represents a 130% increase over the last three years. The United Arab Emirates, Bahrain, and Saudi Arabia have made the greatest progress in terms of board gender diversity.

The ETF issuer believes that directors have an important role to play in increasing gender diversity throughout their organizations and have included guidance to help facilitate these efforts in the GCC countries.

Beginning this month, SSGA expects boards of companies in all markets and indexes to have at least one female director and will take voting action in the case of non-compliance. In the case of non-compliance or lack of a specific, timebound plan to add a female director to the board, SSGA will vote against the chair of the nominating committee. Should a company fail to add a female director to its board for three consecutive years, SSGA will vote against the entire Nominating Committee.

The six-year-old fund holds 191 stocks. Its components score well in terms of gender diversity in top management roles, including CEO.

SHE allocates almost 42% of its roster to technology and healthcare stocks, while the consumer discretionary and industrial sectors combine for almost 21%. None of the fund’s components exceed an allocation of 6.11%.