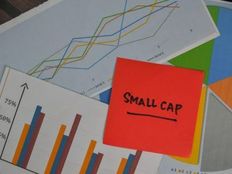 Small-Cap Stocks Might Be on Cusp of Something Big

Look now, because the widely followed S&P SmallCap 600 Index is higher by 11.59% over the past month. That’s an impressive run and one that some market observers will facilitate more gains by smaller stocks into year-end.

Should that prediction prove accurate, an array of exchange traded funds will benefit, including some emphasizing environmental, social, and governance (ESG) investing. Enter the SPDR S&P SmallCap 600 ESG ETF (ESIX A).

Adding to the near-term case for ESIX is the point that entering August, small-caps were on a three-month winning streak against large-caps, and that momentum is carrying over into this month.

“I think small has a very good chance of continuing to outperform large in the near-term,” said Steven DeSanctis, Jefferies equity strategist, in an interview with CNBC. “Economics are better. Earnings season is better. Credit markets are better. [Volatility] is down. One or two weeks don’t make a trend, but ETF flows into small cap have picked up a little bit…You have a little bit of a tailwind.”

In the current environment, ESIX has overt advantages for investors to consider. For starters, small-caps, regardless of sector, are usually more levered to the U.S. economy. Should the U.S. dodge a traditional recession, ESIX could deliver more upside.

Additionally, the domestic focus offered by smaller companies keeps ESIX components, broadly speaking, out of the “hampered by foreign currency conversions” conversation. That’s something to consider at a time when rising interest rates, of which more are likely in store, are facilitating dollar strength.

“DeSanctis said he sees Jefferies’ proprietary valuation model pointing to a period of outperformance for smaller stocks — those with a market cap of up to about $6 billion,” according to CNBC. “His model shows that the valuation of the Russell 2000 over the large cap Russell 1000 is in the 14th percentile, with 50 being the average.”

Among small-cap stocks, analysts are bullish on industrial, technology, and healthcare names, among others. That’s potentially impactful regarding ESIX because the ETF allocates roughly 43% of its combined weight to those three sectors.

Some analysts are bullish on small-cap consumer discretionary and financial services names. Those two sectors combine for over 31.5% of the ESIX portfolio.