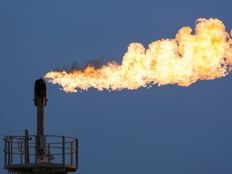 Among sector exchange traded funds, traditional energy offerings such as the Energy Select Sector SPDR (XLE A) would appear to be unlikely environmental, social, and governance (ESG) candidates.

While fossil fuel producers can make inroads on governance and social issues, the “E” in ESG is a tougher mountain to climb for these companies. However, it’s not impossible, and it starts with reducing carbon emissions — an effort some XLE components are committing to.

The $31.91 billion XLE allocates over 11% of its weight to those three companies, and ConocoPhillips and Pioneer Natural Resources are top 10 holdings in the ETF. Over the long term, the OGMP initiative could bolster the energy firms’ ESG credentials.

“The initiative’s mission is to improve the industry’s transparency in methane emissions reporting and encourage progress in reducing those emissions. The companies’ membership in OGMP 2.0 demonstrates their commitments to reducing methane emissions and meeting U.S. and global energy demand with reliable and responsibly sourced production,” according to the statement.

Methane emissions occur when natural gas is flared during the production process, indicating that a number of XLE member firms can contribute to the methane emissions reduction effort because many are major producers of the natural gas that produces the excess methane in the first place.

“The OGMP 2.0 Initiative is a voluntary, public-private partnership between the United Nations Environment Programme, the European Commission, the Environmental Defense Fund and over 80 oil and gas companies aimed at minimizing methane emissions from global oil and gas operations. Its work has helped to raise awareness of methane emissions and contributed to the growing priority of mitigation activities,” according to the statement.