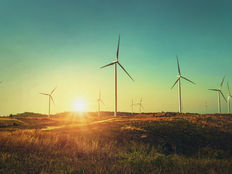 The United Nations sounding the clarion call on the severity of climate change could push more investors to invest in the environment.

A recent U.N. climate report stated that global warming is a code red for humanity as even the most severe carbon emission cuts are unlikely to prevent global warming of 1.5 degrees Celsius above pre-industrial temperatures by 2040, Reuters reports.

As greater attention is placed on the negative effects of climate change, public enthusiasm could translate to increased demand for socially responsible or environmental, social, and governance fund strategies that help support clean energy initiatives.

However, fund managers have warned that with more investors looking into the space, the industry will have to tack the challenge of attracting new dollar investments and clarify suspicions that some funds are “greenwashed,” or only appear to be green in name.

“Not all ESG funds are created equal and investors must do their research to determine whether their investments are making a real impact or are simply feeding into an ESG-centered marketing push,” Green Century Capital Management President Leslie Samuelrich told Reuters.

Global sustainable fund strategies have accumulated a record high of $2.24 trillion in assets under management as of the second quarter, up 12% from the end of March, according to Morningstar data.

While many of these ESG funds follow ratings of companies’ sustainability, the metrics are assigned by outside firms and grades can diverge widely.

Additionally, not everyone is convinced that the new green revolution will translate to improved returns. A large number of asset managers, like Green Century, and pension funds, including those of Maine and New York City, have said they won’t make the shift away from fossil fuels. Some even argue it is better to work with traditional energy companies to change polluting habits from the inside.

“It’s easy to exclude coal companies or bad actors from your portfolio and only invest in companies that are green. The real impact comes from taking high carbon emitters and forcing them to modify their behavior,” Michael Rosen, chief investment officer of Angeles Investment Advisors, told Reuters.