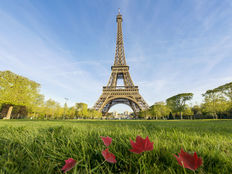 The United States has officially rejoined the Paris global climate accord. On Friday President Joe Biden stated that the country could not just sit idly by in the face of a growing global climate crisis.

“We can no longer delay or do the bare minimum to address climate change. This is a global existential crisis, and all of us will suffer if we fail,” Biden told European leaders at a Munich security conference, according to the Associated Press.

“We’re back,” Biden added, renewing assurances the U.S. was putting the global initiative on its priority list.

President Donald Trump previously removed the U.S. from the worldwide global climate pact as part of the previous administration’s withdrawal from global initiatives.

“A cry for survival comes from the planet itself,” Biden said in his inaugural address. “A cry that can’t be any more desperate or any more clear now.”

While the fanfare was mostly symbolic, America will now attempt to prove its worth in addressing the global changes in the years ahead. Many countries are looking for the U.S. to announce its goal of cutting greenhouse emissions from burning coal and petroleum by 2030.

The Biden administration has already expressed its desire to implement a tougher new target for the U.S. emissions cuts by the time Biden hosts the Earth Day global summit for world leaders on April 22.

After the U.S. previously pulled out of the Paris agreement, some warned that other nations would follow in ending their climate fight, but none did, Christiana Figueres, the former United Nations climate chief, told the AP.

“We hope they will translate into a very meaningful reduction of emissions and they will be an example for other countries to follow,” she added.